Tickets are still available here, and as we count down the weeks until Art + Friends’ arrival, we wanted to help you prepare by providing a spotlight on each individual performer (who, remember, are all local, and can regularly be seen at more intimate spaces as well). So far, we’ve introduced you to bluesy indie folk singer Nightingail, breakout indie rocker Liza Anne, indie/orchestral pop project Canon Blue, and grunge pop favorites Bully! Finishing up our coverage of all of the supporting acts, get to know a local group we’ve been following since their earliest days, indie/synth-pop rising stars and one of Nashville’s biggest recent rock bands: COIN! 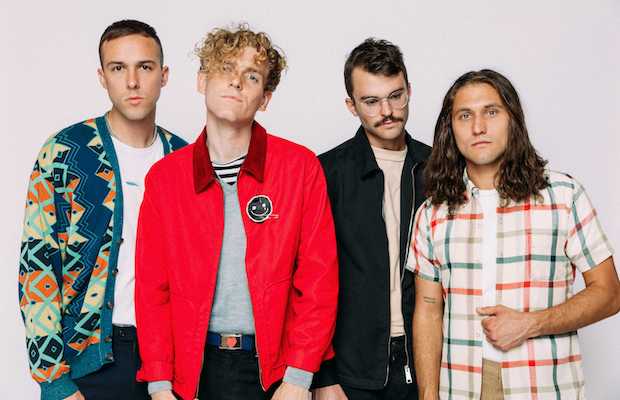 Local indie/synth-pop outfit COIN came together a few years back while several members were attending Belmont, quickly finding buzz and a local following through their high-energy, polished live show and infectiously catchy and layered sound. With only a handful of tracks to their name, the group were already selling out local clubs less than a year into their existence, bagging them a deal with Columbia Records imprint StarTime International, through which they released their Jay Joyce-produced self-titled debut LP in 2015. While COIN made waves in the blogosphere, and helped the group find early success, especially thanks to buzzy cuts like “Run,” they really mined their time on the road with high-profile acts like The 1975, Neon Trees, and Betty Who, and honed their sound for the bigger, more confident, more cohesive, and all-around epic followup, this year’s How Will You Know If You Never Try, which brought the band closer to household name status without breakout single “Talk Too Much,” and subsequent big tours and festival outings. One of our favorite indie acts of the past few years, local or otherwise, COIN’s meteoric ascent has been a blast to behold and beyond well-deserved, and amidst a busy schedule of live dates and constantly mounting buzz, the past year has been their biggest yet. It’s increasingly rare to see the guys make it home, so don’t miss a chance to see them in such a cool and exciting context!

LISTEN | “Talk Too Much”