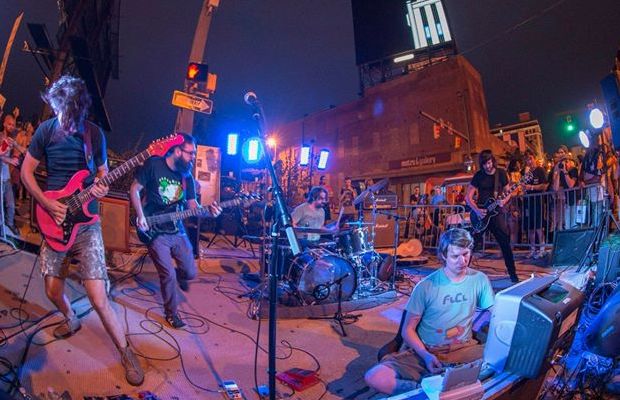 With news that Nintendo’s retro box the NES Classic has been outselling flashier current-generation video game consoles this summer, it’s clear that video game nostalgia is all the rage. If that love for old Nintendo games has hooked you as well, then you’re going to want to meet Athens group Bit Brigade. Adopting conventional rock instruments to meticulously rework classic 8-bit NES soundtracks, the group’s show is essentially a real-time soundtrack to a live speed run of a classic game, projected behind them. For their stop at Exit/In tonight, Aug. 10, the band will tackle none other than The Legend of Zelda (which you can hear them tackle here), with local kindred spirits The Mad Gear kicking things off, and artsy, garage pop group The Daytona Machines in between. This show definitely has a particular niche, but if it’s your niche, tickets are available right here! Read on for more about the show.