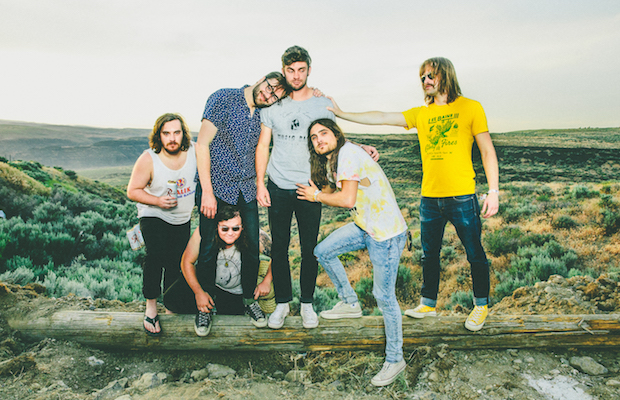 In our now seven years covering the Nashville music scene, we’ve seen plenty of talented bands come and go, and it’s always a shame to see any promising local act throw in the towel. This one stings extra hard though: after a near decade-long run, dorm room shredders turned international party punk icons Diarrhea Planet are calling it a day, ending, appropriately, with a two-night hometown run at Exit/In on Sept. 7 & 8.

Consistently one of our favorite Nashville bands to see live, bar none, Diarrhea Planet have blown our minds time and time again, from scrappy house shows to festival outings, New Year’s Eve and Halloween affairs to Freakin’ Weekends we’ll never forget. Exit/In has always been a particularly special (and appropriately rowdy) place to see them in action, and we urge you, whether longtime fan or casual listener, not to miss this final chance to witness a band who’ll undoubtedly go down in Nashville musical history.

The Sept. 7 show features Blank Range and Idle Bloom, and Sept 8. boasts Faux Ferocious and (perhaps the Nashville party punk heirs apparent) H.A.R.D. Tickets go on sale Friday, July 27 at 10 a.m. CDT here and here (or use code ‘SHREDTHEEWELL’ to grab them Thursday), and they’re definitely not going to last.