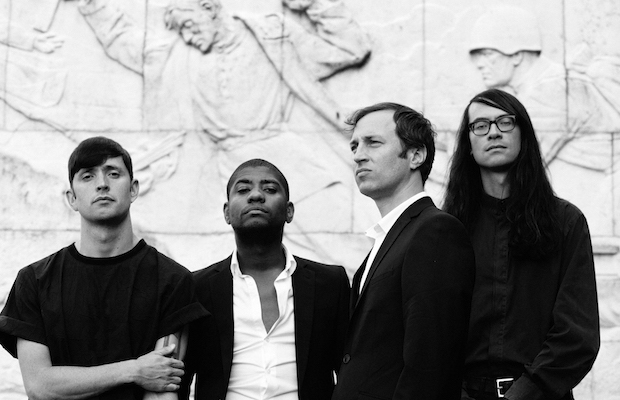 Returning to headline The High Watt on June 26, after passing through last fall to co-headline a show with !!!, Atlanta’s Algiers are a profoundly artistic, socially urgent, refreshing and genre-bending project that should be on everyone’s radar. This time around, the group perform with Knoxville experimental artist Lower Interiors, as well as likeminded local experimental/dark pop project Lambda Celsius, a stacked and well-matched trio of performers that offer up one of the most unique and boundary-pushing bills of the season. Tickets are still available here, but we’re excited to announce that we’re also giving away a pair of tickets to one lucky fan! Read on for more about the show, and enter for a chance to win below.

Winner will be announced Friday, June 22 at 8 a.m. CDT, and will receive one pair of tickets. Good luck!

Algiers, Lower Interiors, and Lambda Celsius will perform Tuesday, June 26 at The High Watt. The show is 18+, begins at 8 p.m. (doors at 7 p.m.), and tickets are available to purchase for $15.