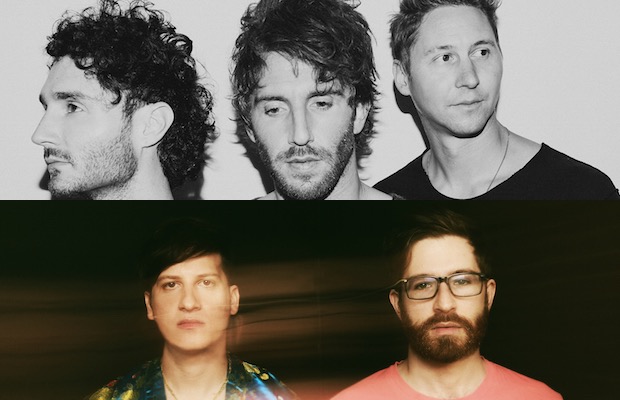 A match made in musical heaven, LA indie pop group Smallpools and likeminded Brooklyn duo Great Good Fine Ok are on the road for a co-headlining run, which brings them to Nashville’s own Exit/In tonight, June 1, along with up and coming LA alt rock act Half the Animal. Both headliners are no strangers to Music City, with Smallpools have passed through last fall and GGFO the year prior, but there’s something about their pairing that’s hard to beat, especially if you love unabashedly poppy, synth-drenched hooks. Both groups seem due for new records too, so expect some fresh tunes! You can still grab tickets here (though at writing, the site is down due to technical difficulties- plan to buy them at the door if that isn’t resolved), and you can read on for more about the show.