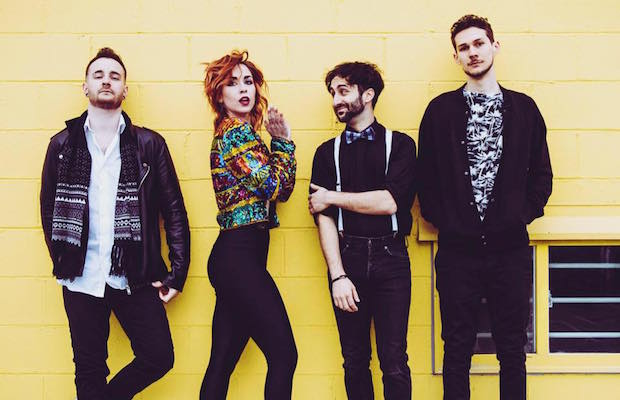 After a tough fought Road to Roo competition (seriously– we didn’t cover it this year, but the format adopted for the past few has been multi-week knockout bracket style battle of the bands, with the Nashville winner then competing in the state finals for a chance at one single spot at the fest, as opposed to the one winner per show format of the similarly named predecessor showcase), Nashville’s own The Foxies scored a well-deserved chance to play Bonnaroo this year- something few bands can claim to have obtained through a merit-based voting system. Since landing on our radar with their blissfully poppy, retro, energetic debut EP Oblivion in 2016, the group have steadily become one of the coolest names in the Nashville pop scene, and Bonnaroo is just the latest stepping stone in their inevitable rise to broader acclaim.

Helmed by dynamic and enigmatic singer Julia Lauren Bullock, the roots of the project trace back to Phoenix, Arizona, and started as a band with early buzz thanks to single “Floods,” before more or less morphing into a solo vehicle for Bullock, and apparently back into a band as they’ve laid their roots in Nashville, resonating online thanks to further singles like “Wander in Lust” and “Box Wine,” and for their glam inspired, ’70s and ’80s referencing, unabashed pop sound, rooted with a modern indie pop flair. An electrifying, confident, and cool live experience (they did win a city-wide Bonnaroo contest, remember), and thanks to Julia’s one-of-kind, magnetic style and incredible voice, The Foxies are not just an essential rising Nashville group, but a must-see at this year’s Bonnaroo. Get your Friday going early, and thank us later.