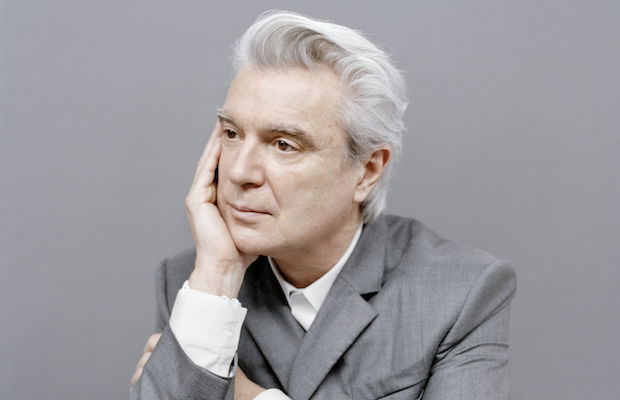 Described as “a choreographed concert that Byrne has called ‘the most ambitious show I’ve done since the shows that were filmed for Stop Making Sense,'” the American Utopia tour sounds very, well, David Byrne, who’s become an icon not just for his music, but for his contributions in film, photography, opera, literature, and more. His new album (and first solo LP in 14 years, not counting three excellent, high-profile collaboration albums), also called American Utopia, is itself an extension of Byrne’s ongoing “Reasons To Be Cheerful” multimedia series, which collects stories, news, ideas, and other items that all either embody or identify examples of things that inspire optimism, as Byrne describes: “…Many of us, I suspect, are not satisfied with that world—the world we have made for ourselves. We look around and we ask ourselves—well, does it have to be like this? Is there another way? These songs are about that looking and that asking. This album is indirectly about those aspirational impulses.”

The prolific art rocker and famed former Talking Heads frontman brings his ambitious and conceptual run to The Ryman Auditorium, where he’s frequently stopped over the years, most recently in 2012 with St. Vincent, tonight, May 6 with Benjamin Clementine, and though official tickets seem to have sold out this weekend, we’re seeing plenty on the secondhand market at our below face value (remember, even reputable sites like StubHub should be used with some caution). With a modular, moving stage of fragmented players, the high-art show sounds like an especially inspired way to see this living legend, and with a healthy amount of Talking Heads peppered into the generous set he’s been playing on the tour, you’re in for a career-spanning spectacle. Not just the coolest show of the weekend, this is one of our most-anticipated performances of the year, and one we encourage you not to miss!

David Byrne will perform tonight, May 6 at The Ryman Auditorium. The show is all ages, begins at 7:30 p.m., and while tickets are officially sold out, you might be able to find some on the secondhand market.