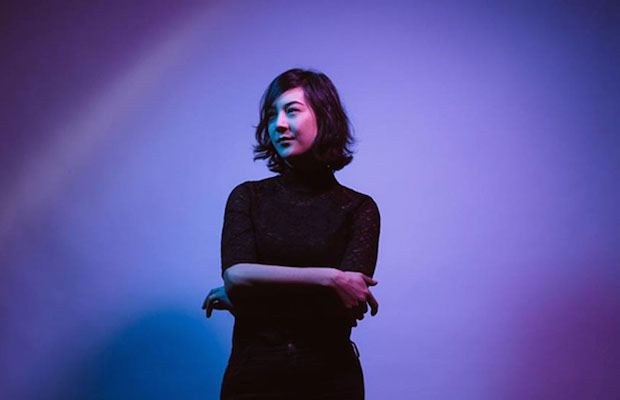 A fast rising, critically beloved indie rock talent, Japanese Breakfast is the solo moniker of Oregon rocker Michelle Zauner. Though her turn as a solo artist was prompted by sad circumstances, the last few years have seen Michelle blossom as an earnest, complex, and incredible songwriting talent, with two wonderful and well-reviewed LPs to her name. Out on the road in support of her latest, last year’s near-concept album Soft Sounds from Another Planet, Japanese Breakfast will pass through Nashville on April 28 to headline Exit/In, along with young, fast rising Baltimore indie rock talent Snail Mail. Two must-know performers destined for great things, tickets are still available right here. Or, if you’d rather try your luck, we’re also giving away a pair of tickets to one lucky fan! Find out all about the show, and enter for a chance to win below.

The solo musical vehicle of Michelle Zauner, who cut her teeth performing in indie pop project Post Post and, later, Philly indie/emo group Little Big League, Japanese Breakfast is a project initially born from grief, which has blossomed into a personal, earnest, and singular artistic expression of a phenomenal talent. After relocating suddenly to her hometown of Eugene, Oregon, after her mom was diagnosed with cancer, Zauner continued to write music to occupy her time. The result, her debut as Japanese Breakfast Psychopomp, arrived after her mom tragically passed, and within its lo-fi, bedroom pop was a nuanced, poignant navigation of grief, sexuality, and personal transition. For awhile, Michelle expected to leave music behind, and to find a more conventional job path that her mom would have approved of. However, the record’s unprecedented success  prompted her to keep her creative career going, and with 2017 followup Soft Sounds from Another Planet, Japanese Breakfast really matured both musically and in more cosmic, adventurous lyricism, both navigating how grief is processed beyond the immediate aftermath of trauma, and also exploring life in a broader context. With her experimental, indie pop sound, Japanese Breakfast has become a darling of the underground scene, beloved by critics and fast attracting a cult following. Herself a Korean American (the “Japanese” in the name came from a connection to Japanese pop culture growing up), Zauner is a worldly artist with an unrivaled ability to express herself and live, she’s just as complex, dreamy, and wonderful.

The solo vehicle of 18 year old Baltimore based indie rocker Lindsey Jordan, Snail Mail absolutely blew us away with her 2016 debut EP, Habit. The earnest, lo-fi, folky effort is a personal, raw emotional masterpiece of an album, and firmly established Jordan as an artist to keep an eye on before she was even out of high school. Now signed to Matador, Snail Mail will release her full-length debut, Lush, on June 8, and ahead of its release, has already toured with the likes of Girlpool, Waxahatchee, and Beach Fossils. Needless to say, this young talent is gifted beyond her years, and caching her now will be a super special occasion, and she’s sure to have a long and prolific career ahead.

Winner will be announced Thursday, April 26 at 2 p.m. CDT, and will receive one pair of tickets. Good luck!