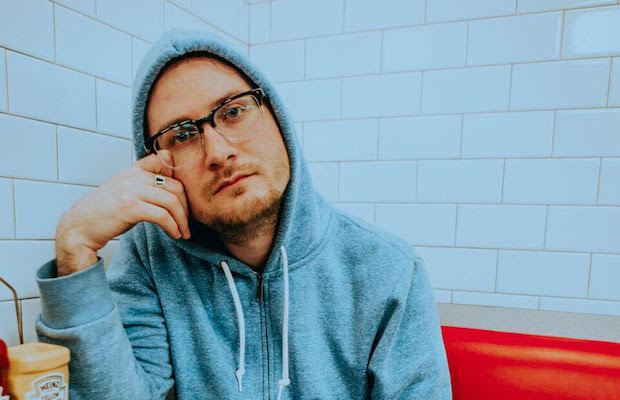 Michigan bred and Nashville based, singer-songwriter Nathan K plays the kind of earnest, melancholy, emo adjacent, folk-informed indie rock we can’t get enough of. Beloved throughout the blogosphere, especially within the punk world, Nathan’s been on our radar for a few years, particularly following 2014 full-length Methodist Girls, and it’s been exciting to see him popping up on an increasing number of bills around Nashville as of late, particularly around DIY spaces.

Prepping to release a new EP, Bridges, on April 20 (pre-order it here), which he co-produced along with Darin Rajabian, Nathan dropped an impressive comeback single, “Too Heavy,” last month. Today, we’re thrilled to bring you another exclusive taste of the EP with new track “If I Die,” which sees Nathan take a poppy, introspective turn to tackle some very personal subject matter.

On the single, Nathan tells us, “‘If I Die’ was written when a close friend was in a coma following a car accident. I had known him my whole life and he got this sunburst mexican strat for christmas one year when we were kids and inspired me to start playing guitar. He taught me the first and second “real” songs that I ever learned on guitar (“Breakfast at Tiffany’s” and “Semi-Charmed Life”), and couldn’t bring myself to touch a guitar for a while after his passing. This was written during that time, and that is the reason for the lack of guitar (until the end).”

Hear “If I Die” below, find it everywhere tomorrow, and catch Nathan K live with a full band in celebration of its release this Friday, April 6 at Betty’s with Yazan and The Shadowtones. More info here!