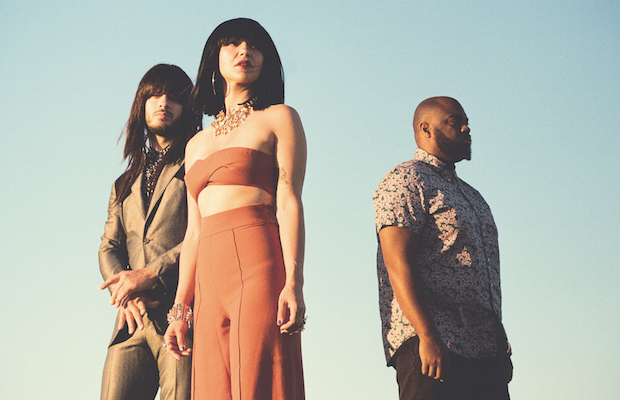 When you hear “instrumental music” applied to contemporary bands, at least in the scene we frequent, it’s typically some sort of post-rock or droning metal or electronic outfit doing something cool, but wholly removed from the instrumental outfits of the past. Though unmistakably new, Khruangbin find their instrumental influences in musical traditions that span many decades, cultures, and styles, building on a love of Thai funk and fleshing that out with surf, psychedelia, soul, and more. Now with two LPs to their name, the most recent, especially, serving as a broad and gloriously entangled mesh of styles and heritage, the Texas trio are unique and buzzy band you simply have to see live, and you can do just that tonight, April 2 at The Basement East, when they perform with SoCal twin jazz duo The Mattson 2. Without a doubt one of the spring’s most unique shows, tickets are still available right here. Read more about the show!

Khruangbin and The Mattson 2 will perform tonight, April 2 at The Basement East. The show is 18+, begins at 8 p.m. (doors at 7 p.m.), and tickets are available to purchase for $17.