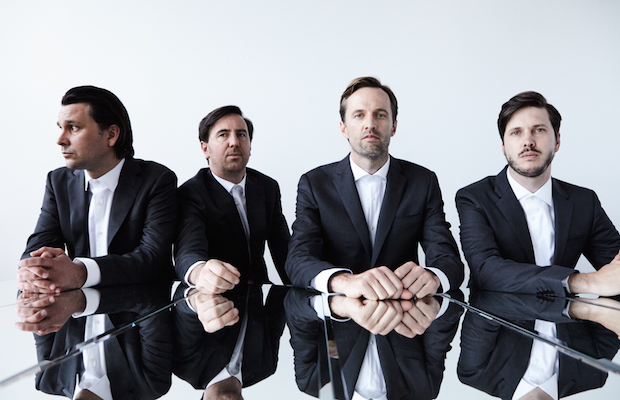 Out in support of last year’s excellent fifth album Haiku from Zero, Australian indie dance rock pioneers Cut Copy are set to play their first proper Nashville show in four years, April 2 at Exit/In. Fusing DJ and electronic roots with the disco, dance punk, and synth rock boom of the early ’00s, Cut Copy emerged more than a decade and a half ago as a beloved fixture in the indie scene, and have continued to experiment with their sound, maintain a remix and instrumental passion, and grow as an astonishing live force, holding their own alongside peers such as Death From Above 1979 and LCD Soundsystem. Considering how infrequently they play Music City, this show feels like a must-see outing, and tickets are still available right here. Or, if you’d like to leave it chance, we’re excited to announce that we’re also giving away a pair of tickets to one lucky fan! Find out more about the show and enter for a chance to win below.

Winner will be announced Monday, April at 9 a.m. CDT, and will receive one pair of tickets. Good luck!