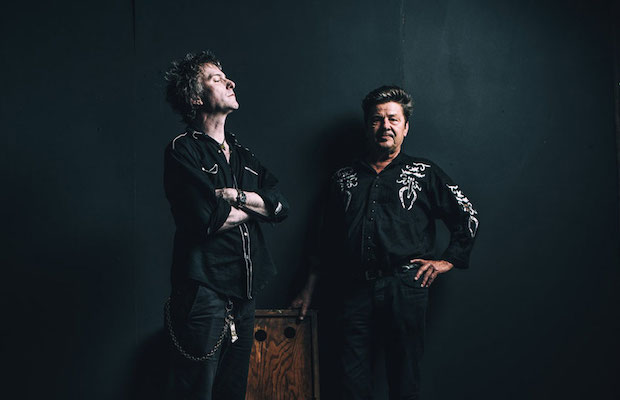 Best known as the bassist and founding member of seminal ’80s punk/alternative group The Replacements (who reconvened in 2013, only to split once more in 2015), as well as for his 18 year tenure in Guns N’ Roses (which ended amicably in 2016 to make way for their current classic lineup reunion), Tommy Stinson is inarguably a rock and roll legend. Between the ‘Mats and GnR, Tommy fronted two lesser known ’90s groups, Bash & Pop, and Perfect, and has been flirting with solo material, as well as contributing to groups like Soul Asylum and Old 97’s, since the mid ’00s. A talented frontman and songwriter in his own right, Stinson’s solo debut LP, Village Gorilla Head, made a splash in 2004, and his 2011 followup, One Man Mutiny, further honed his style.

With newfound time on his hands, Tommy’s been touring and writing more over the last couple of years, and, after he was bitten by the reunion bug with the Replacements, and following in the footsteps of the first ‘Mats breakup, made the surprising and welcome decision to bring back Bash & Pop, albeit with a new lineup, nearly 25 years later, releasing criminally underrated new effort Anything Could Happen at the start of 2017. After a Bash & Pop reunion run last year, Tommy’s moved back to touring solo in a more stripped down affair, currently on a run backed by frequent collaborator Chip Roberts dubbed Cowboys in the Campfire.

Tonight, March 24, Tommy and Chip are making a stop at Franklin’s Luna Record Shop, for an essential weekend performance that could easily fly under the radar (Stinson is big on small and unorthodox spaces, and brought a similar tour to Fond Object a couple years back). Tickets are still available here, ranging from GA to meet and greet, and given Stinson’s musical pedigree (it’s pretty surreal to see a true legend return to his scrappy punk roots), you’re in for a fun, funny, and unforgettable performance.