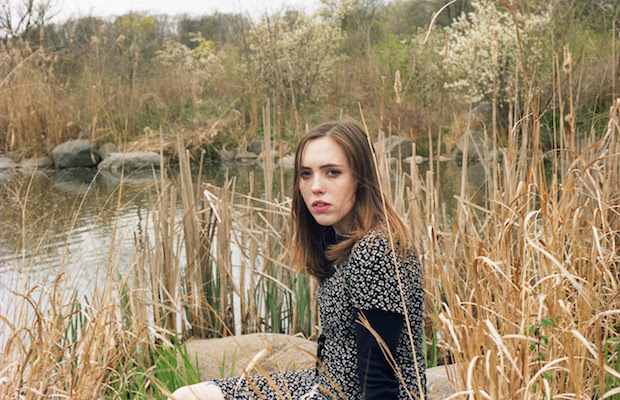 It’s only been a couple of years since local artist Sophie Allison first felt emboldened to embrace a lifetime of songwriting prowess, and released her introductory crop of bedroom recordings online under the moniker Soccer Mommy. Fresh out of high school, the young singer’s knack for crafting laid back, raw, and emotionally resonant songs helped her immediately plug into the flourishing Nashville DIY scene and generate broader interest, before soon relocating to New York to attend NYU and committing to foster her art from afar.

As Soccer Mommy’s buzz continued to grow, Sophie inked a deal with Fat Possum Records, who released Collection, a chilled-out and loosely focused culmination of her lo-fi bedroom pop, last year. In the months since, the project has gained an unprecedented amount of traction, leading to Allison’s decision to put school on pause and return to Nashville to make Soccer Mommy her full-time focus, all the while touring the nation and sharing the stage with some big names, then opting to take a more formal studio approach for the first time in crafting her gorgeous new effort, Clean.

Released earlier this month, Clean delivers on the promise of the foundation laid by all of Soccer Mommy’s earlier work, maintaining the intimate, nuanced, and profoundly personal approach, which lands with an emotional weight and effortless cool that makes the 20-year-old up and comer one of indie rock’s most essential modern acts. Though sonically distinct, Soccer Mommy’s career trajectory seems to be mirroring that of fellow former local Julien Baker, and, like Baker, Sophie’s the real deal, earning ubiquitous praise for what is, without a doubt, one of the year’s most incredible albums.

Tonight, March 23, Soccer Mommy celebrates Clean‘s release with a hometown show at The East Room, featuring support from grunge pop faves Idle Bloom as well as Dancers. As Soccer Mommy’s schedule only becomes more and more hectic, we’d wager Nashville shows, especially in small, DIY settings such as this, will become less and less common, so don’t miss a chance to celebrate one of the most important artists to emerge from Music City in recent years- up close and personal, as her songs are meant to be! (And if you feel so included, Sophie encourages that you show up in formal wear- get your dapper on.)