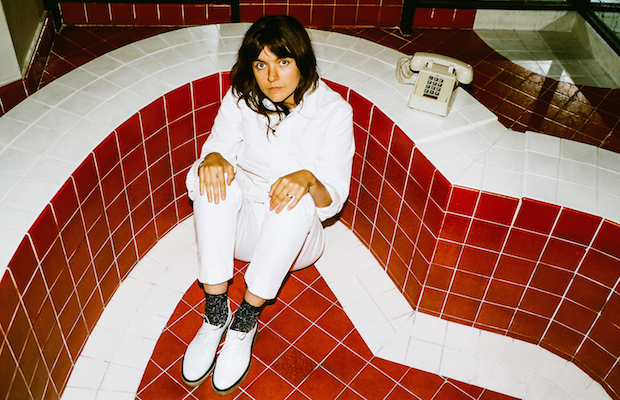 As she gears up to release her highly-anticipated sophomore LP, Tell Me How You Really Feel, on May 18, breakout Australian indie rocker Courtney Barnett has kept increasingly busy, with nonstop touring, festival outings, a high-profile 2017 teamup LP and tour with kindred spirit Kurt Vile, and a seemingly endless stream of critical praise. It’s hard to believe that her phenomenal debut, Sometimes I Sit and Think, and Sometimes I Just sit is already three years old, especially since Barnett’s buzz has only continued to rise, but we are beyond eager to hear her followup, even moreso after a string of early singles have showcased an more finely-honed take on Courtney’s witty, sharp, unrivaled lyrical sensibilities and jangly, grunge pop sound.

Extending her already packed 2018 tour schedule, Barnett has just announced a short run of additional North American dates, and we’re especially excited that Nashville made the cut, for an Oct. 25 show at Marathon Music Works! Courtney played The Ryman last fall with Kurt Vile and Exit/In with Phosphorescent several years back, but this will be her first time headlining solo in Music City proper. While Waxahatchee opens the bulk of this run, she won’t be opening the Nashville date (but someone else cool is sure to be added later). Tickets go on sale this Friday, March 23 at 10 a.m. CDT right here, and various pre-sales begin as early as Wednesday.

Steven Tyler to Play The Woods at Fontanel May 12