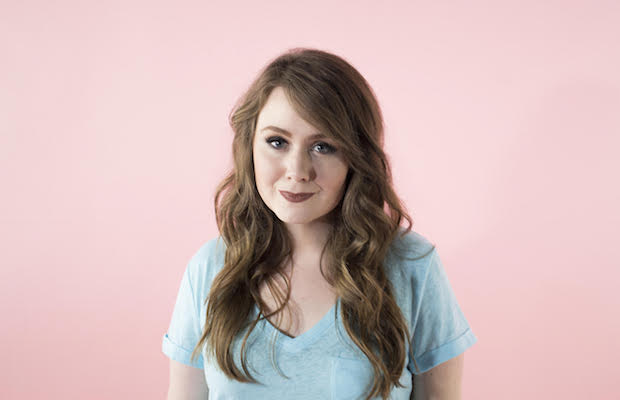 A burgeoning fixture in the Nashville indie pop scene, singer-songwriter Hanna Rae made her debut with 2015’s excellent Rookie in the Ring. Now she’s back with a crowdfunded followup, Without Letting Go, which is set to arrive March 30. Ahead of the new EP’s release, we’re incredibly excited to bring you an exclusive premiere of the official music video for first single “I Found You,” which you can watch right now below!

Despite both being Nashville rooted for a number of years, Hanna and I hail from the same small town in Virginia, and I’ve known her since we were both in our teens. Even back then, she was a precocious aspiring musician and performer, so it comes as no surprise that all these years later, she’s every bit the polished, confident, refined songwriter I assumed she would be.

Directed by Ives Salbert, Hanna Rae’s new spot maintains the balance of quirky charm and humor that’s long been her signature, juxtaposed with a lovely and earnest track, which builds upon her folkier early sound and expands it with elements of pop and indie rock. Akin to Ingrid Michelson’s folk-laced pop fused with HAIM’s self-assured, layered soft rock, Hanna’s sound is both familiar yet refreshingly different from many of her local contemporaries, landing a bit more organic and heartfelt than a lot of what arrives in our inbox.

Just a first taste of what we can expect on her new EP, Hanna described in a recent blog post the forthcoming record’s creative inception: “Two-and-a-half years ago, I released my debut EP Rookie In The Ring. A lot has changed since then. I got married. I gained new friends and lost a few. I’ve lived a bit longer, and have experienced incredibly good days, and a handful of not-so-good days. These new songs are a reflection of that period in my life. Marking a distinct beginning and middle, and a glimpse of the days to come.”

Complete with wizards, dancing fish and Furbys, tiny instruments, bubbles, and a whole lot of whimsy, hit play below to watch “I Found You,” and pre-order Without Letting Go right here!