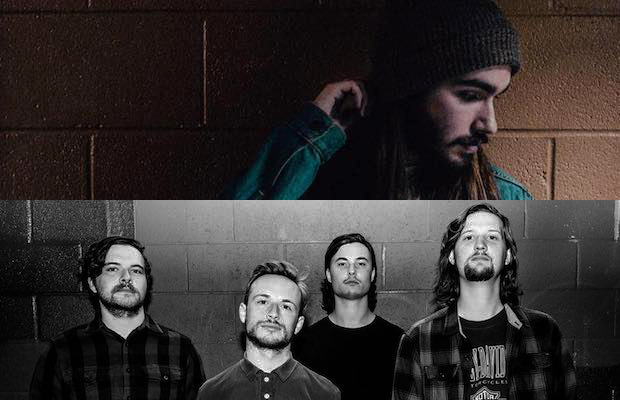 The musical outlet of local singer-songwriter AJ Gruenewald, Bogues is a project we’ve had our eye on since the release of his fantastic debut EP, Mulligan, in 2016. Along with members of fellow rising local group Pale Lungs, AJ co-founded house venue Dad’s Garage and DIY show promotion entity Fountainhead Booking while attending MTSU, and continues to be an integral part in the underground scene, facilitating shows for local and national punk bands, frequently in all ages DIY spaces, throughout Nashville and beyond. As an artist, Bogues adopts a similar emo-derived, emotionally resonate, and minimalist style to that of peer and fellow former-Murfreeboro resident Julien Baker, though, as to be expected with any one-person project, manages to capture his own unique voice and deeply personal perspective.

With sophomore EP Life, Slowly, out today, Gruenewald has crafted a gut-wrenchingly earnest and devastatingly beautiful followup, surpassing his debut both technically and in its emotional weight. Not just one of the best local records of the year so far, but one of the best records of the year so far period, it’s artists like Bogues and Baker who will help emo endure well beyond the trendy “emo revival” chatter, by making heartfelt, raw, and poignantly sad but honest music straight from the heart and unburdened by a need to conform to a sonic trend. Tonight, March 2, Bogues celebrates his latest with a performance at Cafe Coco, and it feels like one of the weekend’s most essential shows.

If Bogues isn’t enough to get you out (his local appearances happen at a pretty steady clip, though we’d bet his tour schedule only get busier and busier from here), a final chance to see standout local act Daisyhead, at least for the foreseeable future, should make this a top priority. For years now, we’ve been singing praises of the emotionally-charged alt rock outfit, whose 2015 debut full-length, The Smallest Light, helped introduce them to a broader national audience. Despite a busy tour schedule and some unfortunate setbacks, the band still managed to release both their sophomore record, In Case You Missed It, and a surprise EP, Purple & Blue, both last year, and have been steadily gaining traction as a promising rising act in the punk scene. A year plagued by personal hardship took its toll, however, and after tonight’s show, Daisyhead will be taking a break for an indeterminate amount of time. It sounds like they intend to reform eventually, but when or what the band might look like when they do is very much unknown.

Rounding out the bill, Indiana’s Safe Bet is a one-man, acoustic, emo and pop punk tinged, earnest indie outfit akin to Bogues, currently racking up a commendable amount of praise. Additional local support comes from the aforementioned Pale Lungs, whose visceral, emo-informed, ambient, indie/post-rock sound has made them one of our favorite up and coming local bands, and their debut EP, Strawberry, was easily one of last year’s most underrated efforts. Finally, ambient, melodic, indie outfit The Still, Small Voice, largely the musical extension of dynamic frontwoman (and often solo performer, deepening on the live configuration) Christiana Benton, will kick things off. This show is jam-packed with incredible talent, stellar EP release and farewell performance aside, and you’d be crazy to miss it.

Bogues, Daisyhead, Safe Bet, Pale Lungs, and The Still, Small Voice will perform tonight, March 2 at Cafe Coco. The show is all ages, begins at 8 p.m. (doors at 7:30 p.m.), and tickets are available to purchase for $5-10.