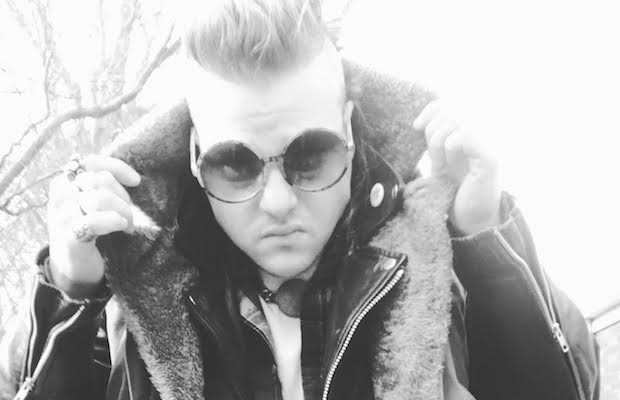 We first introduced you to local singer-songwriter Chris Plank, who performs under his musical moniker Uncle Knuckle, when we premiered a pair of early singles last year, “Brush Yer Teeth” and “Out of Bed.” Boasting a commanding, baritone voice and earnest lyrical style, with a penchant for lo-fi, nostalgic, dance ready yet self-reflective and melancholy tunes that harbor a bit of an ’80s post-punk affinity, the raw and unique performer is definitely worth wading through the vast local talent pool to keep an eye on.

With only a string of singles to his name so far, Uncle Knuckle is prepping to release his debut EP this spring, and, ahead of that, we’re thrilled to bring you a premiere of his first new single of the year: “Jealous Type.” Tracked live in town at Gnome Studios, produced and mixed by Owen Lewis, and mastered by Brian Foraker, the song sees Plank backed by a new full band, and will officially arrive on streaming platforms tomorrow, Jan. 19, which Uncle Knuckle will celebrate with a performance at The East Room with Fox Grin (also celebrating a new release), The Burps, and Chloe Kat (details here).

As the title implies, “Jealous Type,” perhaps Uncle Knuckle’s most polished and nuanced track to date, details a decent into jealousy, portrayed in a slow-burn, hypnotic, powerful, and melancholic way that’ll stay stuck in your head all day. Give it a spin below!