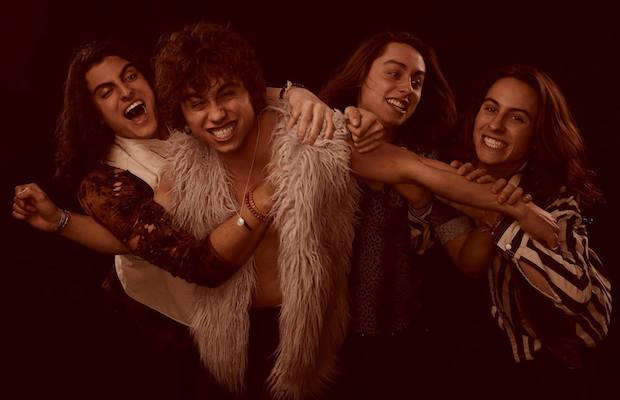 Only a few weeks ago, Michigan hard rock revivalists Greta Van Fleet headlined Mercy Lounge, and a few months before that, made their Nashville debut at The High Watt. With just two EPs, both released last year, to their name, the young band seem fueled only by limitless potential and a stunning and well-deserved comparison to Led Zeppelin, and before their debut full-length arrives later this year, they’ve plotted their biggest Nashville outing to date: May 16 at Marathon Music Works. It’s impressive when any band blows up so fast, and doubly sound for an old school inspired rock group in a climate where rock has all but faded from the mainstream, but Greta are the real deal, and you you’ll definitely want to grab tickets for their Music City return beginning Friday, Jan. 19 at 12 p.m. CST right here. Or, if you’re feeling lucky, we’re also thrilled to announce that we’re giving away a pair of tickets to one fan, so read on for more about the show and enter for a chance to win below!

Formed in 2012 by twins Josh and Jake Kiszka, their younger brother Sam, and family friend Danny Wagner, the young members of blues soaked hard rock revivalist outfit Greta Van Fleet got their start in their hometown of Frankenmuth, Mich., and even named the group after a local resident. Following in the footsteps of modern acts like The Darkness, Foxy Shazam, and Wolfmother, and more recent peers like The Struts, the group conjure an abashed callback to the classic days of powerful, anthemic, blues-rooted rock and roll, in the vein of acts like The Kinks, Jimi Hendrix, Howlin’ Wolf, and their most obvious and prevent influence, Led Zeppelin. Everything from their powerful, ripping, soulful sound and their visual style to Josh’s Robert Plant-esque pipes, achieving an intensity and range rarely heard in modern rock, scream Zep, but far from just a tribute act or a nostalgic cash-in, the band, barely in their 20s, manage to funnel a feeling of modern teen angst that leaves them straddling the line between classic and contemporary. With just two EPs under their belt, Black Smoke Rising and From the Fires, both of which dropped last year, Greta Van Fleet might not yet be a household name, but with the mounting buzz of their live presence and thanks to breakout single “Highway Tune,” it feels like they’re already well on the way to rock and a roll greatness, and the fact they they’ve already graduated to a room the size of Marathon before even releasing a full-length (look for their debut mid-year), really speaks to their trajectory. Catch ’em on the rise or you’ll be playing catchup later.

Winner will be announced Wednesday, Jan. 31 at 5 p.m. CST, and will receive one pair of tickets. Good luck!

Greta Van Fleet will perform Wednesday, May 16 at Marathon Music Works. The show is all ages, begins at 8 p.m. (doors at 7 p.m.), and tickets are available to purchase for $24.50 beginning Friday, Jan. 19.