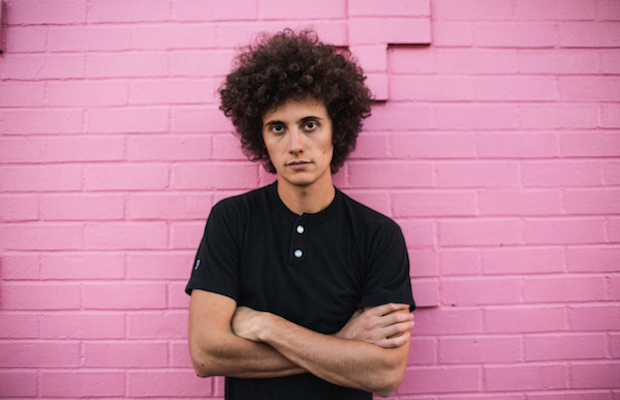 Given that we voted his LP Heavy Meta as our best local release of 2017, it should go without saying that we’re excited about what’s next for Nashville transplant and fast rising rocker Ron Gallo.  We announced, via a sweet skateboarding video, that Gallo is set to drop a followup to his acclaimed 2017 release with a new album, titled Really Nice Guys, on Jan. 19, and he is celebrating with two free local release shows tonight, Jan. 17. The first is an in-store at Grimey’s set to kick off at 6 p.m., and that will be followed up by another free set, under the moniker of the album title, at Vinyl Tap. Doors for the latter open at 8 p.m., and the music kicks off at 9. Per the humorous Facebook event page, the set ends promptly at 9:27 p.m., but Gallo will stick around to DJ “all JAZZ” until the event wraps at 11 p.m.  You’ll also be able to grab physical copies of the new record at both events.

If you somehow aren’t yet hip to Gallo and his breed of poetic, socially conscious, breed of ’60s inspired garage rock, you really should get on board immediately,  and here are two, no-excuses, free options to do just that. You can catch a full stream of the record at Consequence of Sound, revisit the video for the title track below, and get more details on the both release parties here.

Ron Gallo will perform tonight, Jan. 17 at Grimey’s and Fond Object. The Grimey’s show is all ages and begins at 6 p.m., while the Vinyl Tap show begins at 9 p.m. (doors at 8 p.m.), and both are absolutely free.