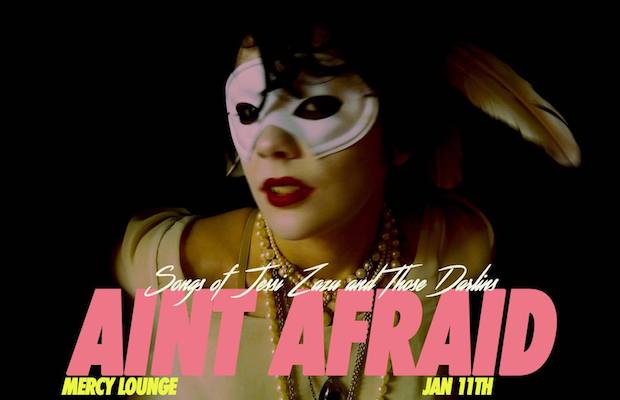 The local music scene was dealt a blow last fall when Those Darlins’ Jessi Zazu lost her life on Sept. 12 to cervical cancer at the young age of 28, but the legacy of the rocker at the forefront of the Nashville underground non-country music scene and her brave fight to the end remains. Tonight, Jan. 11 at Mercy Lounge, an all-star cast will assemble to pay tribute to Jessi by reprising songs from Those Darlins catalog. The event will be helmed by a house band of longtime bandmate Linwood Regensburg, renowned local drummer Jerry Pentecost, Darlins’ co-founder Kelley Anderson, and Music Band’s Duncan Shea. Guest vocalists will include Alicia Bognanno (Bully), John McCauley (Deer Tick), Parker Gispert (The Whigs), Adam Weiner (Low Cut Connie), Lauren “LG” Gilbert (Thelma & The Sleaze), Richie Kirkpatrick (Ri¢hie), Caitlin Rose, Becca Mancari, Larissa Maestro, Jasmin Kaset, and tons more.

Killer music aside, this event will also kick off a charitable organization, Jessi Zazu Inc., whose mission is to provide awareness for women’s health, campaigns for social justice, and opportunities for youth in the arts and humanities. Tonight’s show will one of the first steps for the organization, and will raise money for causes like the “Ain’t Afraid Scholarship” to cover tuition for a student to attend Southern Girls Rock Camp. This first event is fitting given that Jessi found her voice attending the rock camp as a teen, and the name of the scholarship not only references the Darlins final track on their 2013 record, Blur The Line, but also became the empowering mantra of Zazu during her battle with cancer.

Whether you are a fan of Those Darlins, the guest vocalists, or just the awesomeness of the Nashville music scene, this is one event that will not only be packed with great music, but also kickstarts a great cause.

Ain’t Afraid: Songs of Jessi Zazu and Those Darlins takes place tonight, Jan. 11 at Mercy Lounge. The show is 18+, begins at 8 p.m. (doors at 7 p.m.), and tickets are available for $10.  All proceeds benefit Jesse Zazu Inc.