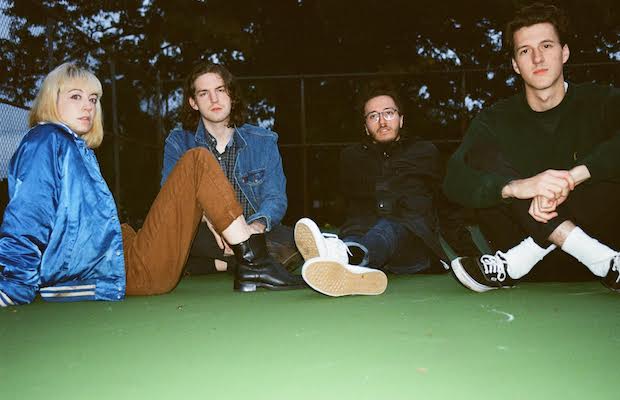 Formerly known as Lean (and, for a brief time before that, Slowtalker), local up and comers Fever Blush are something of a Nashville DIY supergroup. Fusing dreamy, lo-fi, indie pop sensibilities with a clear love of shoegaze, punk, and alt rock, the band, who count members of local favorites Daddy Issues, Beer Head, and more among their ranks, function as a group of writers, crafting songs as a unit and spreading the weight evenly. Though they’ve been an active part of the underground live scene for a couple of years, frequenting houses, dives, and DIY spaces all over town, Fever Blush only recently released their debut EP, Remember, Forget, and seem to have an exciting 2018 ahead.

The band will head up our friends Cold Lunch Recordings’ Christmas party tonight, Dec. 19 at The Cobra, along with TWEN, Spirit Week, and No Ritual, for a spirited affair that includes an ugly sweater contest, eggnog special, and, of course, great music. A buzzy local fave, TWEN’s psyched out, genre-bending, jangly, garage pop is even better in person; groovy, indie rockers Spirit Week make the trek from nearby Bowling Green; and locals No Ritual get things going with their lo-fi, garage, and noise rock influenced sensibilities, making for one fantastic and diverse slate from top to bottom. Don’t be late!