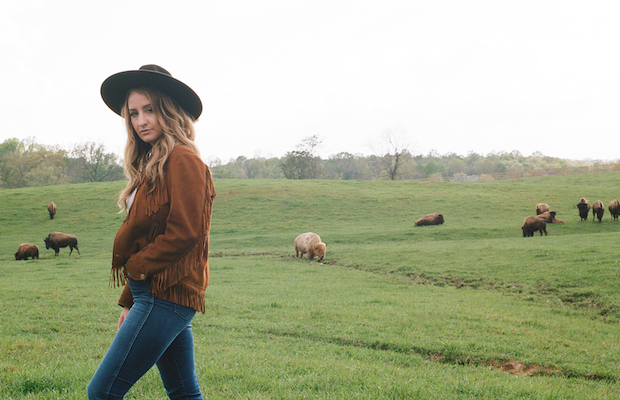 File under: inevitable but exciting- Nashville’s own Margo Price, whose musical rise over the past couple of years has been meteoric, will headline The Ryman Auditorium for the first time ever on May 19. As we’ve covered extensively, Price broke through to national acclaim with her solo debut, the phenomenal Midwest Farmer’s Daughter, just last year, and followed it up the recent All American Made, once again through Third Man Records. Consciously exploring broader musical realms than the raucous, revivalist sound of her debut with more modern influences, and moving beyond the deeply personal and confessional themes to include broader subject matter and social commentary, All American Made is another triumph for country’s latest anti-establishment success story (and, as we know, one of the hardest working performers in Nashville for over a decade), and certainly one of the best local releases (and best releases, period), to arrive this year.

Given Margo’s unstoppable critical buzz and Nashville’s unconditional love for everything she does, we wouldn’t suggest procrastinating when tickets go on sale at 10 a.m. right here. Tyler Childers will support.

UPDATE: Due to overwhelming demand, a second show was added, also with Tyler Childers. on May 20. Grab tickets here.

UPDATE 2: Wow! With tickets for night two flying, a third show, May 23 with Colter Wall, has also been announced. Tickets go on sale Friday, Dec. 15 at 10 a.m. CST right here, and something tells us they won’t last long.