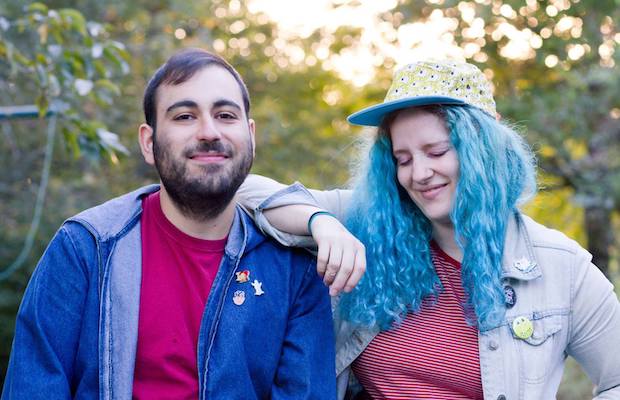 Since they debuted their self-titled EP in early 2015, we’ve been big fans of local sludgy, grunge pop duo Sad Baxter. From the very first listen, it was obvious they had huge potential, and their fresh but familiar sound is extremely complementary to the ever expanding Nashville underground rock scene. We weren’t the only ones to take notice. Local tastemaking label Cold Lunch Recordings backed their 2016 full-length debut, Weirdy, which they supported with frenetic touring and blow out after blow out local performances. After a summer cross-country run with yet another local buzzworthy indie rock band, The By Gods, SB have been recording some new material, which officially arrived yesterday. This latest 7-inch offering, also with Cold Lunch, features a stellar track they released through NPR entitled “Baby” as the A-side, and the unreleased “Sliver” (an original, not a Nirvana cover) as the B-side.

To celebrate this monumental occasion, the duo will be headlining a very special 21+ record release gig tonight, Nov. 18 at Little Harpeth Brewing, with help from likeminded grunge pop outfit Reality Something, fuzzy garage rockers Big Surr, and acid pop performers TWEN. Music starts at 8 p.m. (doors at 7 p.m.), and you got all this resident talent for just $7 at the door. Copies of the 7-inch were planned to be available as well, but unfortunately faced a problem, so the band will have cassettes instead, and will deliver the vinyl as soon as it’s in, if you want to opt for a $12 admission option that includes the record (it’s also streaming and available to buy online now too). So enjoy some local tunes over some local brews, and get a great sampling of some of the city’s best indie rock!

Sad Baxter, Reality Something, Big Surr, and TWEN will perform tonight, Nov. 18 at Little Harpeth Brewing. The show is 21+, begins at 8 p.m. (doors at 7), and tickets are available to purchase at the door for $7 or $12 with a 7″ included (while supplies last).