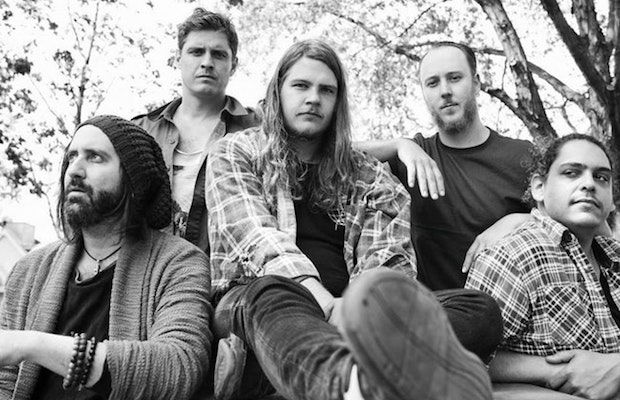 Rising Candian rockers The Glorious Sons are touring in support of their excellent sophomore LP, which just released last month, and they will be stopping into The High Watt tonight, Nov. 18 to envelope Nashville in their high voltage rock vibes.  Local (and perfectly paired) rockers Frances & The Foundation are set to open this killer bill. Tickets are still available here, so snag your spot and read on for additional details.

Kingston, Ontario rockers The Glorious Sons first burst onto the Canadian rock scene with their John-Angus MacDonald produced 2014 debut LP The Union, and immediately started to rack up radio plays and considerable buzz with their high energy sound that would probably be categorized as alt-rock, but has a notable nod to the glam days of hair metal.  They followed up that release with a slightly poppier and more mature LP, titled Young Beauties And Fools, which just dropped last month.  Regardless of which you prefer, their live show is an unbridled rock extravaganza, and the vocals paired with the songwriting of frontman Brett Emmons is something that will appeal to most any indie rock fan.

Local rockers Frances & The Foundation have been staples in the Nashville rock scene for several years now, and their arena-ready, alternative leaning style is a perfect fit to warm up the crowd for this bill.  Helmed by songwriter and front woman Samantha Frances, the band have provided a voice for women, that is underlain by an undeniable, booming, glam rock swagger.  That is definitely highlighted in the band’s latest record, Nothing Is Perfect, Everything Is Fine, which released this past summer, and is worthy of your time to see yet another shining star in Nashville’s fierce rock scene.