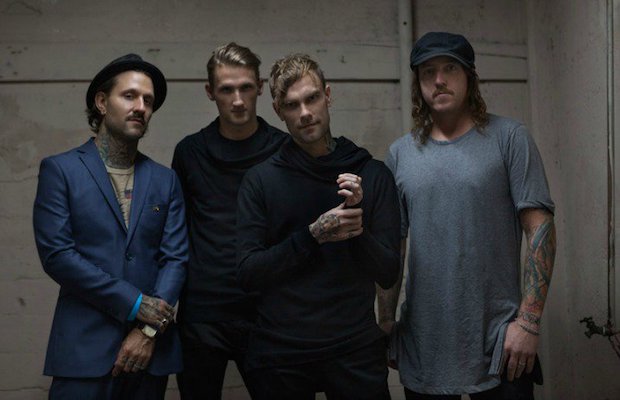 Following a worldwide 15th anniversary tour last year, screamo/alt rock scene faves The Used, who just released their seventh album and strongest in years, The Canyon, are back on the road for a trek that returns them to Nashville for the first time in two years tonight, Nov. 15 for a performance once again at War Memorial Auditorium. That alone warrants excitement, but making this show ever more essential is the addition of post-hardcore legends Glassjaw, who roared back to life a couple years ago, and made their Nashville debut (or at least first Music City stop in over 15 years) last year with Coheed and Cambria.

Since breaking out with their angsty, eponymous 2002 effort then cementing their status with 2004 followup In Love and Death, The Used have proven an enduring act with surprising range, finding an alt rock bent on more recent work, without abandoning the intensity or passion that made them so beloved. On the flipside, Long Island legends Glassjaw have remained intermittently active over the years, but haven’t released a full-length since 2002, the year of The Used’s debut (they have, however, released a few EPs and singles in the interim). That’ll change Dec. 1, when the band finally unleash their long-in-the-works third album, just announced to be titled Material Control. Fans of earnest, gut-wrenching melodic and heavy music rejoice- this one’s going to be one hell of a scream along! Grab tickets while you can!

The Used and Glassjaw will perform tonight, Nov. 15 at War Memorial Auditorium. The show is all ages, begins at 8 p.m., and tickets are available to purchase for $37-42.