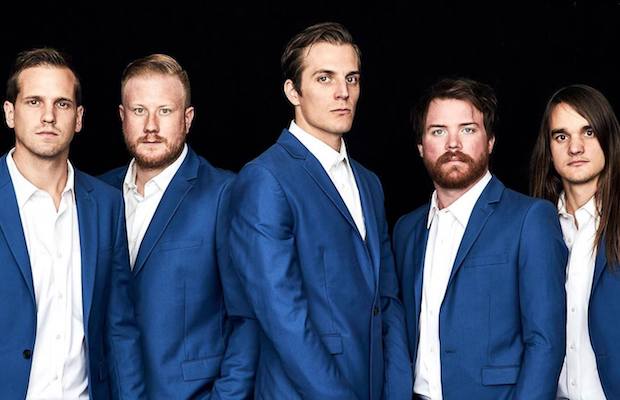 Hailing from Tempe, Arizona, pop punk turned nostalgic alt rock revivalist act The Maine rose to prominence in the late ’00s, as part of the short-lived “neon wave” of radio-ready pop punk. Unlike most of their peers (many of whom have since faded away), the group have always benefited from a more transcendent, timeless musical sensibility, and a knack for crafting unparalleled, unabashedly poppy rock songs. Throughout the years, their sound has drifted more towards straightforward rock meets late ’90s alternative (Third Eye Blind comparisons come up a lot), and they’ve proven unafraid to push themselves artistically, going so far as to record 2013’s Forever Halloween on analog tape, with the aid of Nashville’s own Brendan Benson. In never limiting themselves to any one style or trying to ride a musical fad, The Maine have remained one of the freshest, most underrated acts to emerge from the pop punk scene in recent years, and have constantly pushed their fans to evolve along with them.

Now firmly established as a fiercely independent band, the group’s 2015 fifth album American Candy and this year’s Lovely Little Lonely have proven to be some of their best, most inspired work to date, and keeping with their trend of celebrating the new, they’re performing both of their most recent efforts in full on their current “Modern Nostalgia Tour,” which returns the band to Cannery Ballroom tonight, Nov. 14. If you’re only a stickler for the old stuff, this likely won’t be the show for you, but if you love every era of the group or if you’re a relative newcomer going in fresh, it’s a a pretty cool chance to see a band really flex where they are at the moment, instead of just going through the motions of covering the hits. Tickets are still available here, and with a buzzy alt rock trio Dreamers and site faves Night Riots set to open the all ages affair, we suspect they won’t last.

The Maine, Dreamers, and Night Riots will perform tonight, Nov. 14 at Cannery Ballroom. The show is all ages, begins at 7 p.m. (doors at 6 p.m.), and tickets are available to purchase for $25.