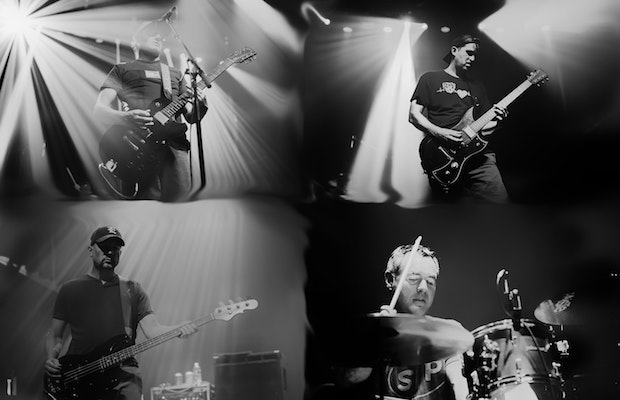 Though, perhaps, they lack the name recognition of some of their mid-’90s alt rock contemporaries, Illinois’ Hum have deservedly developed something of a cult following and renewed critical interest since first disbanding in 2000, leaving a lasting influence that has crept into modern alternative, post-hardcore, indie, and even metal in a way more significant than they’re often given credit for. The classic lineup of the group have never stayed entirely gone for more than a few years at a time without a sporadic festival or regional reunion here and there, but since properly touring in 2015 for the first time since their split, Hum have been a lot more active and are even working on new music, adding more stability to the longevity of this return. We we thrilled when they kicked of their first tour in 17 years with a Mercy Lounge show a couple years back, and we’re floored that they’re returning to the same spot once again so soon, for an stop tonight, Oct. 26 with likeminded Chicago group Sweet Cobra, as part of a mini tour en route to Florida’s The Fest. Tickets are still available here and we implore you not to miss out. Read on for more!