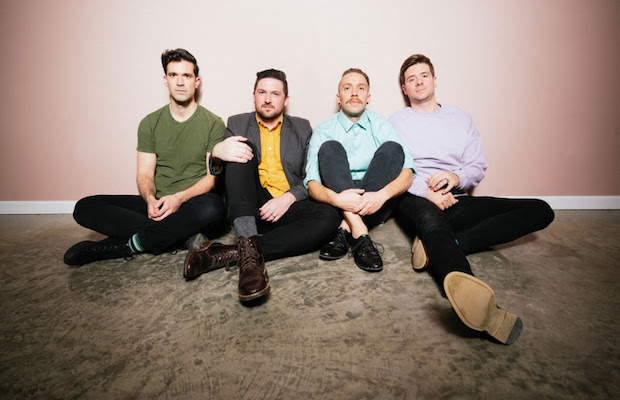 We first reported on new music from the Daniel Ellsworth & The Great Lakes camp with the release of their single “Paralyzed” late last month, and they have followed that up with another absolute banger with their latest track “Control.”  The new music will be packaged as part of an upcoming third full-length, Fashion, in 2018, which will be released in three parts – Chapter One in January 2018, Chapter Two in spring of 2018, and the full album to follow late next year.

Frontman Daniel Ellsworth breaks down the new single, “This is a song for anyone who has ever been in love with a complete weirdo. With the person in their own world dancing by themselves at the party. With the person unafraid to say what they think and why they think it. It’s about falling head over heels for someone who marches to the beat of their own drum and wanting to lose yourself completely with that person, never changing that person. It’s about finding that someone who – while everyone else is following the latest trends – is doing things their own way.”

He continues on the muse for the video, “With the music video, we knew we wanted to get a bunch of people together, have some drinks, and then let them all dance and be weirdos in their own way. Director Casey Pierce’s vision was to capture a unique performance by following the lead actress (Krystal Waters) around his studio, combined with the energy of a room full of friends going crazy and having a good time.”

Watch the video below to see if you can spot the Nashville cameos, and keep your ears peeled for some upcoming local dates from DE&TGLs.

[NO COUNTRY PREMIERE] The Subnovas Return with Apocalyptic "I Cannot Stop" Ahead of Debut LP, Comic Book