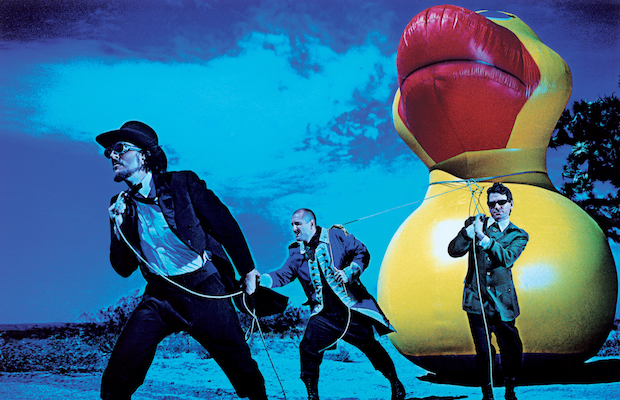 We first told you about the upcoming Nashville return for Primus, when they announced their recently released album, The Desaturating Seven.  The eclectic rockers are back for their first headlining date since 2015, bringing their intensely entertaining live show to War Memorial Auditorium on Oct. 24, and with the original lineup back together for the first time in decades, this show is sure to be extra special.  Tickets are still available starting at $35, but we’re also happy to announce that we’re giving away a pair of tickets to one lucky fan!  Head below to find out more about the show, and enter for a chance to win.

Tickets are still available here, but, if you are feeling lucky, you can also throw your name in the hat below for a chance to win a pair of tickets to the show.

Winner will be announced  Monday, Oct. 23 at 12 p.m. CDT, and will receive one pair of tickets. Good luck!

Primus will perform Tuesday, Oct. 24 at Nashville Municipal Auditorium. The show is all ages, begins at 8 p.m., and tickets are available to purchase for $35-55.