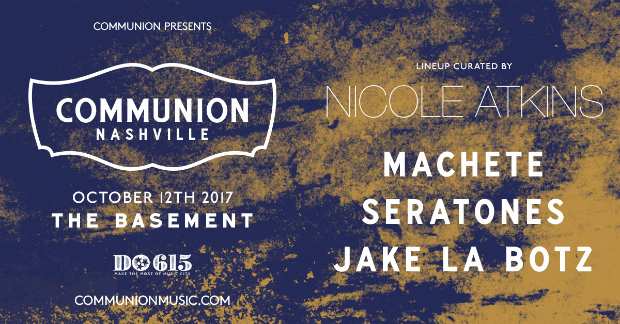 If you’re a longtime fan of record label Communion, or just love discovering new music, head on down to The Basement tonight, Oct. 12 to hear four great bands hand-picked by Asbury Park to Nashville transplant Nicole Atkins. She curated Machete, Seratones, and Jake La Botz to perform this month’s showcase, following in the footsteps of September’s featured curator The Weeks.

A few tickets are still available here, so grab yours and keep on reading to find out more about the show!

Psychedelic garage rock band Machete are generating buzz on the strength of their local shows and the incredibly talented lineup, which features members of The Ettes & JP5 (Jem Cohen), Secret Club (Nate Moran), Clear Plastic Masks (Matt Menold), and songwriter Mick Leonardi. The band have been recording at The Bomb Shelter, and even though the tracks have yet to see the light of day, we’re anticipating hearing new music from them live tonight.