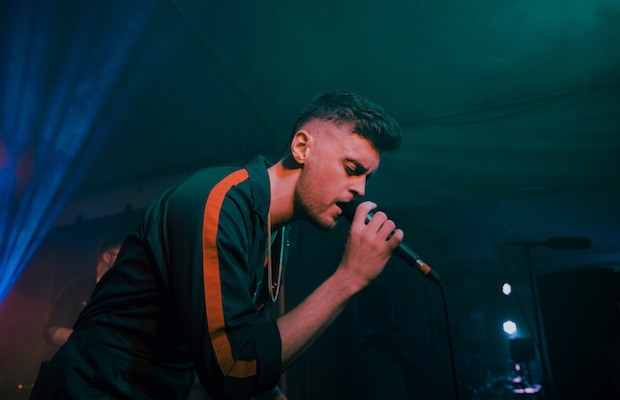 We returned to Acme Feed & Seed for the most recent edition of our rooftop concert series on Sept. 26, and this one really sparkled with shimmering pop from some of Nashville’s rising stars.  Head below to check out the full recap of the event and a gallery of choice photos from Nolan Knight, featuring mesmerizing producer Super Duper, electropop singer CAPPA, and the soulful R&B tones of buzzy artist Jeffrey James.  If you are looking for one last chance to get up on the roof for some music this year, we’ll be returning on Halloween night.  Mark your calendar now, and keep an eye out for the official announcement coming soon.

Given the break we took for AmericanaFest earlier in September, walking up to Acme on a surprisingly quiet night in downtown Nashville was reminiscent of visiting an old friend.  I made my way into the venue, and worked off dinner walking up the never ending swirl of stairs to the roof.  During our last event in August, we had stormy weather, which necessitated event tents on the roof, but it was surprising to see them installed on a warm, but perfectly clear, evening.  Regardless, fans were already gearing up, chatting over drinks, and waiting for the evening to start. 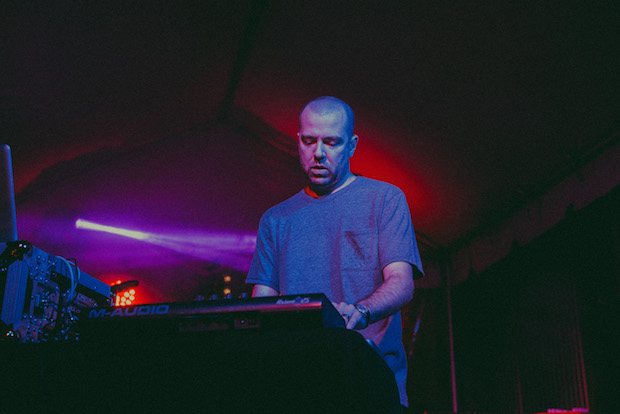 From the first beats, it was clear that Super Duper’s set was going to be something special.  The name is familiar to anyone keeping an eye on Nashville’s growing pop scene, as the talented producer has his fingers all over a number of the singles, and his remixes are putting his name in a similar echelon with international superstars.  This, however, was my first time seeing the live performance.  Armed with a laptop supplying the beats, it was a mesmerizing experience watching Super Duper’s mastery of the drum and sample pads, and left me wondering if this was all rehearsed, or if there was an element of improvisation as he worked through each track.  It’s pretty hard to be an opener for a show, as the crowd isn’t fully relaxed (read: haven’t had a couple of drinks to get them loosened up), but it didn’t take long for the growing crowd to take to the dance floor for what was one of the most hype openers in recent memory.  If you aren’t already hip to Super Duper, you should dig through his recent catalogue, and make note of his production work.  He may not be the most polished live performer (yet), but his high energy set is definitely worth checking out. 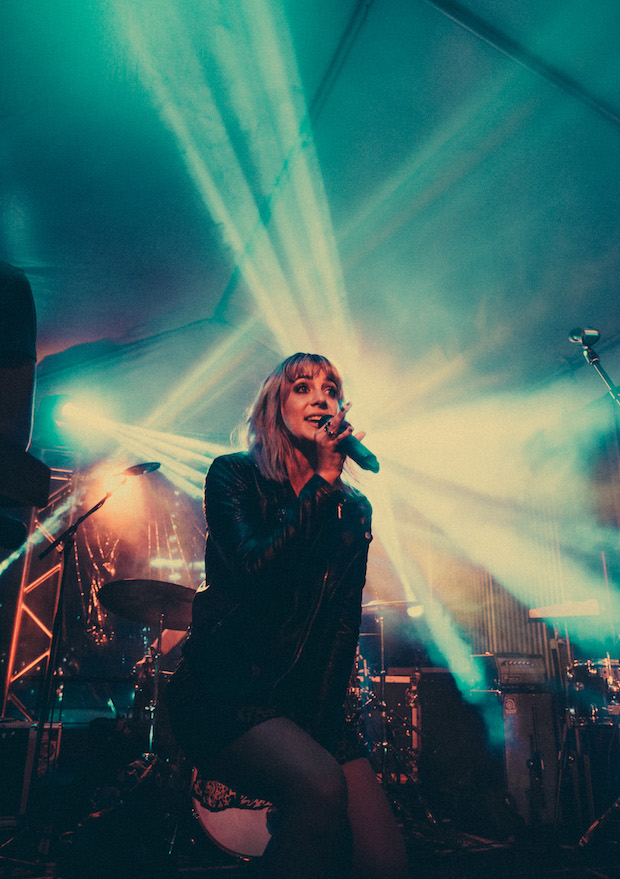 After a longer than expected set change, though the crowd was thoroughly entertained by the high energy mix of DJ Austin, CAPPA took the stage to a full rooftop crowd, including a significant sampling of first timers that had come out see the buzzy local sensation.  We all were in for a treat as she started things off with her pitch-perfect pop, and by the time she really amped things up with her full electropop sound with the second song, the crowd was eating out of her hand.  Those of you that keep up with No Country know that we have had a musical crush on Cappa since her first single, and it was exciting to see her return to Acme, where we first hosted her a little over two years ago.  CAPPA has new music coming out “soon,” but, if you haven’t had the chance to get up to speed yet, you should dig back into her 2016 Queen Of Hearts EP immediately.  And, if you haven’t had a chance to see her live yet, you really should take the chance to do so in an club venue around town before it is too late. 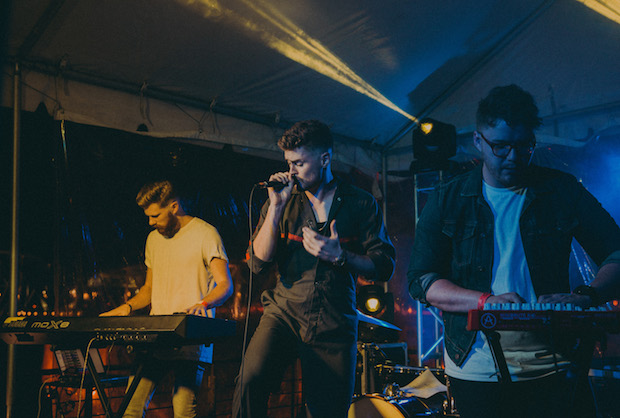 Jeffrey James is a rising name in the pop world, and he has seen his stock rise with some high profile performances at notable festivals this summer.  So, we were pretty excited to have James close out this pop-tastic event, and he did not disappoint.  Drenched in talent, the singer, decked out in a jumpsuit, took to the stage with his incredibly talented band to a very excited crowd.  His set was a mix of pop bangers and R&B burners, including a nice mix of danceable singles from his 2016 release Walls.  It was impressive to see the hold that he had on the crowd, and the singalong by a few particularly eager fans in the front row.  One particular highlight of his set was buzzy hip-hop artist Jung Youth joining James for a single that so hot, it actually blew a monitor on the roof top stage.  The engineer was able to juggle the mix to compensate, but it is a clear example of just how hot this set was.

Head below to see a full gallery of Nolan Knight’s photos from the event, and mark your calendar for the 2017 rooftop finale on Halloween night!