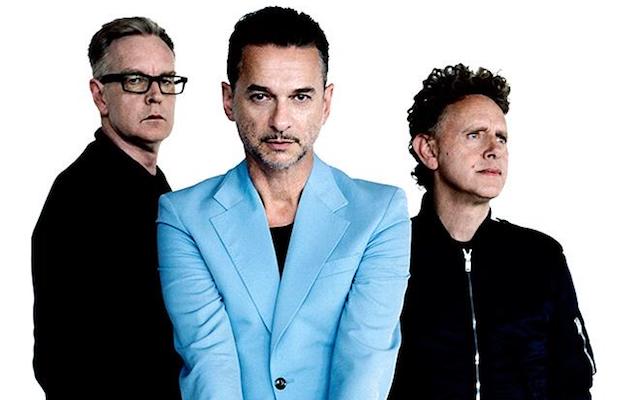 Earlier this year, we told you that famed English synthpop and new wave pioneers Depeche Mode are set to play their first Nashville show since 1988, and only second ever, at Ascend Amphitheater on Sept. 18. While tickets managed to promptly sell out, there are still some VIP/Platinum seats left for superfans willing to shell out, as well as more moderately priced (but still gouged) verified resale tickets here (and, surely, even more if you want to pursue other resale sites or take your chances with Craigslist), making it totally possible, though expensive, to still attend.

Achieving massive fame in the mid ’80s, which has continued on ever since, making them one of the most commercially successful rock bands in history, the group helped popularize and influence synth-heavy, electronic rock and the new wave boom, which, in turn, inspired techno, electronica, and industrial rock in the ’90s. Unlike many of their peers, Depeche Mode have never stopped releasing new music at a pretty regular clip, and their latest and 14th album Spirit arrived earlier this year.

Continuing to support their inspired new effort, the group have just released a new video for single “Cover Me,” which, with an artsy, black and white vibe, helmed by Dutch filmmaker Anton Corbijn, chronicles frontman Dave Gahan both drifting through space and wandering LA in astronaut gear- perhaps a not so subtle nod to the LP’s self-proclaimed Bowie inspiration. Watch the new spot below, and, even if it breaks the bank a bit, search long and hard for tickets if you don’t already have them, because this is going to be an amazing show!