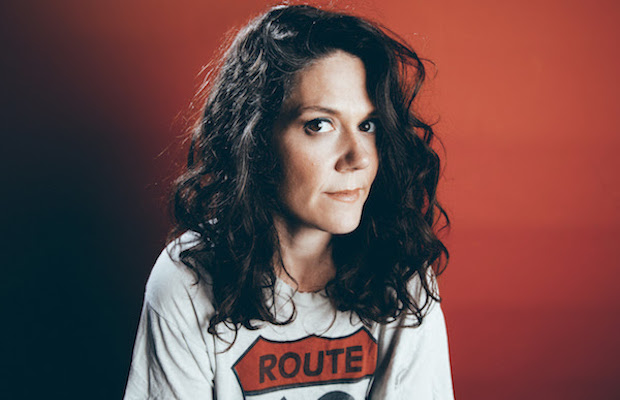 We’ve been following the career of East Nashville songwriter Lilly Hiatt since her excellent 2015 release, Royal Blue.  In the years since, we’ve had a chance to see the daughter of songwriting legend John Hiatt really spread her wings and find her own voice while still channeling her love of ’90s alt rock.  She is gearing up to release her latest LP, Trinity Lane, on Aug. 25, and recently debuted the title track and her latest single, “The Night David Bowie Died,” in support.  The latter, released via the incredible Will Holland directed video below, tells the story of a Hiatt searching for answers following the loss of an idol.  She explains the songwriting process in the following quote to Paste Magazine. “The night David Bowie died, I was in disbelief. I wanted to talk to someone, but it was too late to make a phone call. I cried quietly and went to bed. The next day, I picked up my guitar and hit record on Garage Band. I started to sing and those were the first words that came out. I felt like Bowie was giving me a little gift.”

While the inspiration of Bowie’s death surely struck a particular cord of sadness with all of us, the song itself also reveals more about the direction Hiatt is going with Trinity Lane.  It’s a record that sees Hiatt continue to hone her voice, but with more clarity, more passion, and a deeper understanding of how she wants her brand of music to sound through an intensely personal album that deals with a dark time of warding off demons.

“Love will take you to the darkest places, but also the most honest places if you let it,” Hyatt wrote of the album. “Learning how to love myself is something I’ve always been lousy with, and I spent some time on that. I thought about my sobriety, what that means to me, the struggles I’d had throughout the years, since I was a 27-year-old and hung up my toxic drinking habit. I thought about my mother, who took her own life when I was a baby, not far from my age at 30 years old, and I related to her more than ever. As you can see, there was plenty of time spent on my own. I didn’t talk to that many folks, albeit a few close friends, and leaned into my family. I stayed away from men, and danced alone in the evenings, looking out my window observing my humble and lively neighborhood. I found power in being by myself.”

Dig into the locally filmed video below, and mark your calendar for a number of Nashville dates surrounding the release of Trinity Lane.  She’ll be performing a record release show at Fond Object on the Aug. 25, at Grimey’s for the Nashville Record Store Crawl on Aug. 26, and again during AMERICANAFEST from Sept. 12-17.