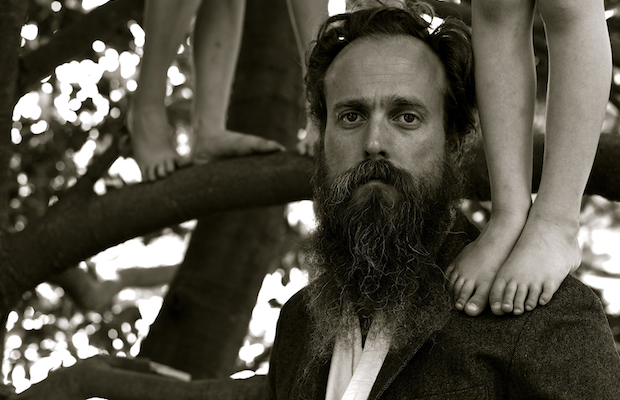 The live alias of modern indie folk icon Sam Beam, Iron & Wine found prominence in the early ’00s, and has continued to rise in stature, craft new music at a prolific clip, and maintain a cult following ever since. The North Carolina based singer-songwriter recently announced that his sixth solo album (and eighth, counting the collaborative efforts he debuted over the last two years), Beast Epic, will arrive Aug. 25 via Sub Pop, and if new single “Thomas County Law” is any indication, it sounds like a callback to some of Beam’s most belvoed work.

Even more exciting, Iron & Wine will hit Nashville’s own Third Man Records shortly after the LP drops, for an all ages Aug. 31 Blue Room performance along with local favorite Andrew Combs. Tickets are available right now for the special price of $20, and they almost certainly will not last long (but don’t worry; if you miss out on this intimate show, or if you’re in the mood for a double helping, you can still see him early the same day at Live on the Green). Watch Iron & Wine’s new video for “Thomas County Law” below!