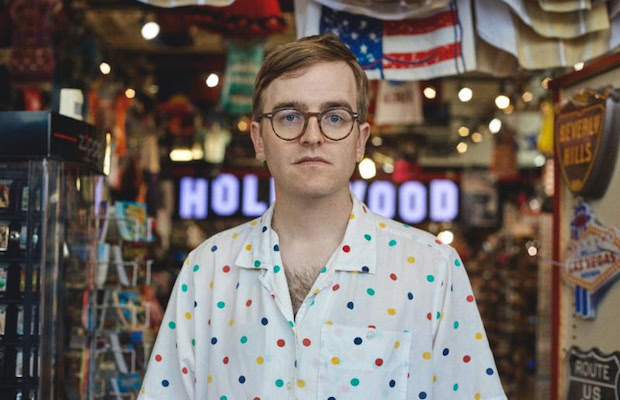 We’ve been following the career of eclectic Mississippi bred songwriter Dent May for several years now, as he has wowed the blogosphere and college radio world with his psychedelic pop infused indie pop, and struck lovable oddball gold with his first three releases dating back to 2009.  May has recently relocated from his long time deep south homeland to give life in Los Angeles a spin, and has a new record en route that was written recorded entirely in the City of Angels.

The result is Across The Multiverse (due out Aug. 18 on Car Park Records), which features the same quirky and catchy songwriting; however, it is also clear to hear how his new environs have added a noticeable shimmer to his music that would give the impression that he hooked up with a high powered west coast producer. Long time fans of May shouldn’t worry though, Dent recorded all of the tracks in his bedroom, playing nearly every instrument himself, as you would expect.  Check out the new track “90210” below to get a taste of what’s to come from the talented Dent May.

May will kick off a North American tour in support of Across The Multiverse in August, and swings through Nashville on Sept. 13 to perform as part of a kick ass bill at The Cobra with Meth Dad & Okey Dokey.  Advance tickets for the Nashville date are available here for $7, and you can see the rest of the tour dates below.