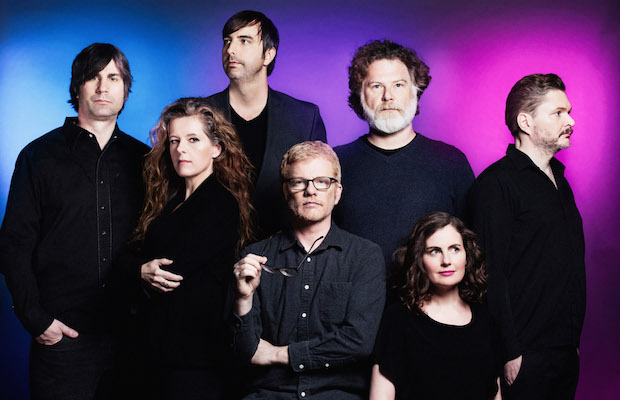 Out in support of their new seventh album Whiteout Conditions, Canadian indie rock supergroup The New Pornographers are set to make their return to Music City this Sunday, July 16 at Exit/In, for their most intimate local performance in years. The New Pornos alone are a perfromance you don’t want to miss, but making this evening all the more essential is the inclusion of former Nashvillian Natalie Prass as opener, performing her first local show in sometime since relocating to Virginia. Tickets are still available right here, and we encourage you to grab ’em while they last! Read on for more about the lineup!

It’s now been 20 years since Canadian supergroup/musical collective The New Pornographers first came together, merging a wide range of talent and unique musical identities to craft an expansive power pop informed indie rock sound of their own, which, since their debut album Mass Romantic in 2000, has led to seven critically-beloved and hugely memorable releases. Earlier this year, the band unveiled their latest, Whiteout Conditions, which, despite the noticeable absence of key member Dan Bejar, is just as inspired, hook-laden, and essential as ever. Though largely helmed by Carl Newman (who performs solo as A.C. Newman), The New Pornos are the sum of their diverse parts: cartoonist/filmmaker Blaine Thurier, Dan Bejar (Destroyer), drummer Joe Seiders, John Collins (The Evaporators), Kathryn Calder (Immaculate Machine), Neko Case, and Todd Fancey. Though not initially a “supergroup,” the collective’s members have always been prominent in the Canadian indie scene, and have, over the last two decades, achieved just a much admirable individual success as with The New Pornos. Following Mass Romantic, the band’s sophomore effort, Electric Version, further broadened their appeal, and by 2005’s Twin Cinema, they were critical darlings and staples of the increasingly-buzzy blog world. With their latest LP, the group’s first on their own Collected Works Records after many years with Matador, they continue to explore poppy, hook-laden, electro-laced, and personal songwriting, toning down a bit of the energy from 2014’s Brill Bruisers, while continuing to incorporate a wide swath of contemporary influences. Though Bejar’s absence is felt, the door is open for a return in the future (he simply had other commitments), and it’s interesting to hear the dynamic of Newman’s songwriting in one complete work. An acclaimed and star-studded live force, a chance to see The New Pornographers in a space as intimate as Exit/In is an opportunity you don’t want to miss out on.