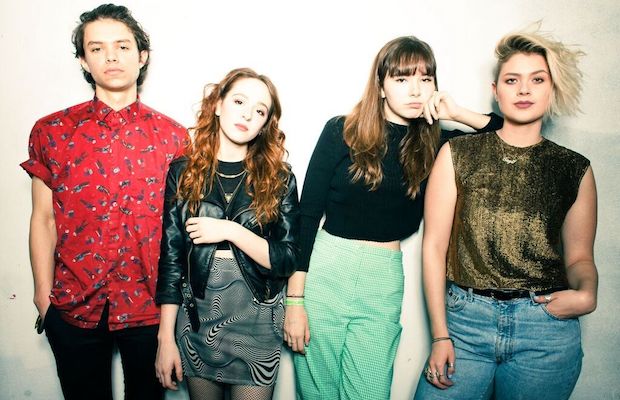 The latest project from precocious 16-year-old high school student Lydia Night, Los Angeles group The Regrettes are fast establishing themselves as a formidable force in the rock scene, combining an affinity for retro pop and doo-wop with grungy, contepomnry garage punk stylings, all laced with unabashedly feminist themes and riot grrrl vibes. Though definitely raw and reflective of the teenage experience, the group’s music and message are wise and relatable beyond their years, and their debut LP, Feel Your Feelings Fool!, is a defiant, bombastic, and unapologetically honest triumph, positioning the band as not just the latest young group of rockers to attract some buzz, but as a likely candidate to be the next champions of the future of their scene.

Tonight, June 16, the band will appear at Fond Object‘s new 4th Ave location downtown, for a performance with Detroit grunge pop singer Stef Chura, in what appears to be The Regrette’s first Music City outing ever. More than just a “look how young and how good they are” commodity, The Regrettes are a kickass and essential new band regardless of age, and their career, which is only just getting started, is shaping up to a promising, star-making run. Grab tickets here while they last, because you don’t want to miss this show!

The Regrettes and Stef Chura will perform tonight, June 16 at Fond Object (4th Ave). The show is all ages, begins at 7 p.m., and tickets are available to purchase for $10.