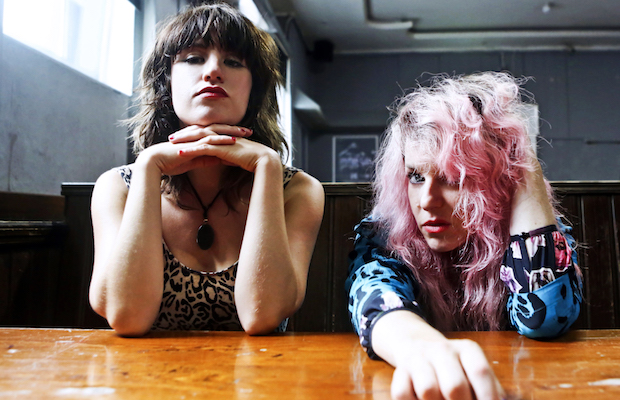 We first introduced you to Los Angeles duo Deap Vally back in 2013, around the release of their debut album, Sistrionix, and ahead of their first appearance at Bonnaroo. Formed in 2011 and made up of Lindsey Troy and Julie Edwards, the band gained almost immediate worldwide acclaim with only a handful of early singles to their name, drawing comparisons to acts like The Black Keys, The Yeah Yeah Yeahs, and Jack White, and supporting high-profile artists such as The Vaccines and Muse before even releasing an album.

Festival darlings, their momentum has hardly cooled in the ensuing years and they’ve developed a strong reputation for being fiercely feminist, their latest LP, Femejism, helmed by Yeah Yeah Yeahs guitarist Nick Zinner and released last fall, marking their most unabashed, raw, and impressive effort to date. A raucous and unrelenting live force, Deap Vally delivered a show-stealing set four years ago, and upon their Bonnaroo return, now seasoned and more widely known than ever, we expect them to once again be a weekend highlight.