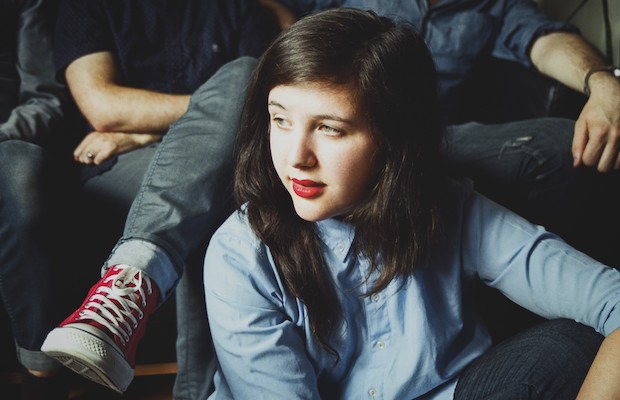 Raised in the suburbs of Richmond, Virginia, and formerly a film student at the city’s Virginia Commonwealth University- she dropped out to pursue music- Lucy Dacus adopts a breezy, introspective indie rock that we absolutely can’t get enough of. Though a bit more indie leaning and full band-geared, Dacus with her raw earnestness reminds us of another favorite, local singer Julien Baker, and, aside from the fact that they’re now both signed to Merge, it’s a funny coincidence that Baker, a former Nashvillian, recorded her debut LP in Richmond, while Dacus, a Richmonder, cut hers in Nashville- they’ve since performed a run of shows together as well.

Lucy’s debut, No Burden, dropped in early 2016, and was re-issued and given a physical release last fall through Merge. Dacus and her band have seemingly been touring nonstop in support ever since, peddling her smart, worldly, personal songs and pleasant, laid back, and enthralling musical aesthetic. Bypassing the club stages for a tent stage slot, Lucy is one of the best undercard performers at all of Bonnaroo this year, and if you’re interested in taking in the best of what’s next, you’d be crazy to miss her set.