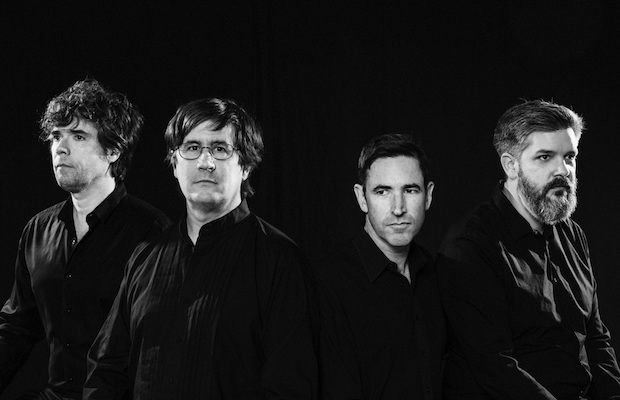 North Carolina indie folk cult favorites The Mountain Goats seem to make it to Nashville every record cycle these days, and with as frequently as they make albums, that’s always good news for us. Their latest, upcoming 16th LP Goths, is extra special, because this time round they actually recorded in Nashville too, culminating in one of the biggest sonic departures and coolest concepts in years from a band known for subverting expectations. Upgrading to Cannery Ballroom for their latest Music City stop tonight, May 23 with buzzy Athens up and comers Mothers, John Darnielle and co. are guaranteed to dazzle with their eclectic, high-brow, story-driven indie folk and magnetic live show. Tickets are still available here, so secure your spot and read on for more!

Known for crafting albums around very specific, wildly creative themes (for example 2015’s Beat the Champ, an imaginative pondering in the personal lives of wrestlers John idolized in his youth), The Mountain Goats do, occasionally, wander into areas of personal influence, and their latest, Goths, though still very concept-driven, definitely bears an air of firsthand experience. Centered around the core concept of its title, the new album, which arrived last week and was recorded  here in Nashville at the famed Blackbird Studio, takes an opportunity to navigate personal stories, history lessons, and new sonic palates, anchored around Darnielle and the band’s view and personal experience of what it means to be “goth,” a creative and morbidly curious outsider. Totally devoid of guitar, it manages to be one of the most surprising and unique releases from a band with quite a deep catalogue, and with its personal connection to Nashville (the Nashville Symphony Choir also appear on “Rain in Soho,” below), we’re even more excited to hear it brought to life in person!

The Mountain Goats and Mothers will perform tonight, May 23 at Cannery Ballroom. The show is 18+, begins at 8 p.m. (doors at 7 p.m.), and tickets are available to purchase for $23.