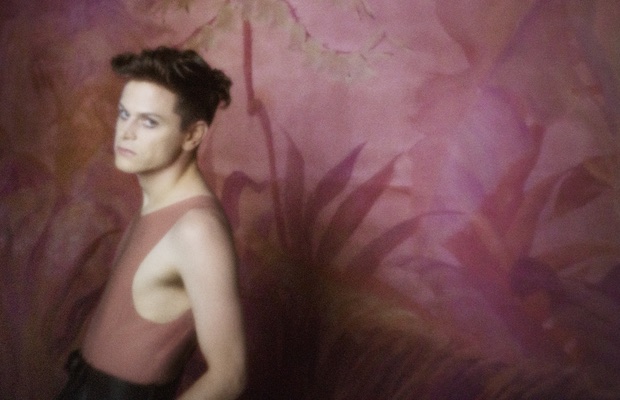 On the heels of stunning new album No Shape, artsy, eclectic, genre-bending soul/indie/pop singer Perfume Genius, the live moniker of Mike Hadreas, is set to return to Nashville for the first time in nearly five years tonight, May 21 for a performance with likeminded New York up and comer serpentwithfeet. Both moody, unabashedly queer, poignantly personal, and artistically unparalleled, the two artists serve as a perfect compliment, and will make for one of the coolest, most interesting shows of the spring. Tickets are still available here, so grab yours now and read on for more about this incredible lineup!

The musical vehicle of Seattle artist Mike Hadreas, Perfume Genius began with a MySpace profile in 2008 and a debut album in 2010, but despite some warm early reception, didn’t really break through in a major way until 2014 third album Too Bright, a masterful, pop-drenched, deeply personal effort universally hailed by critics and fans alike. Raised in the suburbs, Hadreas, openly gay since his school days, faced bullying and abuse, eventually relocated to New York before returning to Seattle to launch his music career. Informed by the experiences of his upbringing, health struggles, and, later, even addiction, Mike developed a sound and style unafraid to explore personal demons and present himself in a raw, dark, honest, or even damaged way, openly navigating and owning his sexuality in song more directly than many queer artists often do. On his latest, the brand new No Shape, Hadreas, now clean and healthy and in a good relationship, teamed up with producer Blake Mills, best known for working with rootsier and folkier outfits like Bright Eyes and Alabama Shakes, to take in a broader swath of rock and indie pop and string-laden baroque, fueled with his typical r&b, art rock, and soul, finding catharsis in his most affirming and adventurous album to date. An inspiring and brilliant artist, with a sound and perspective unlike any other, there’s never been a better time to catch Perfume Genius’s enthralling and breathtaking live show in person.

Perfume Genius and serpentwithfeet will perform tonight, May 21 at Exit/In. The show is 18+, begins at 9 p.m. (doors at 8 p.m.), and tickets are available to purchase for $19.