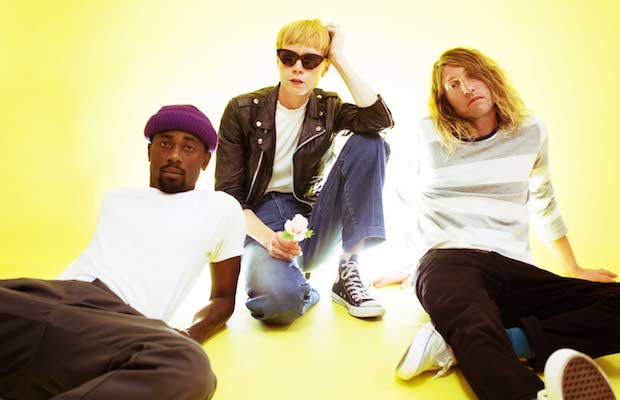 Something of a bi-coastal supergroup, newcomers Zipper Club began when guitarist Mason James, burnt out from his time with famed hardcore punk outfit Cerebral Ballzy, and looking for a new creative outlet, began experimenting with pop-leaning, synth heavy indie and alt rock. James soon recruited accomplished indie singer Lissy Trullie, best known for fronting her band of the same name, and, finding immediate musical chemistry, they teamed up with producer James Iha (of Smashing Pumpkins fame, and the only producer Mason wanted to work with after meeting him on a prior project) and TV on the Radio drummer Jahphet Landis (they’ve since added Damar Davis as their full-time drummer) to craft an early batch of stellar singles, starting with their introductory track “Going the Distance” last year (it sounds like an album, also with Iha, is wrapped as well, though there’s no specific release date announced).

Everything about Zipper Club, from their sound to their carefully crafted presentation feels like a huge departure from the prior work of the sum of their parts, however the overlap and the musical spirit that fuels the band’s work feels natural, if not apparent; punk rock energy powering cinematic, grandiose pop with a confident thematic focus. Still relatively new, Zipper Club have nonetheless been subject to endless positive press over the last year, and after a fall tour with The Sounds and a summer of festival rounds, it seems like things are just heating up ahead of their debut. Keep to know ’em so you can say you heard them first!