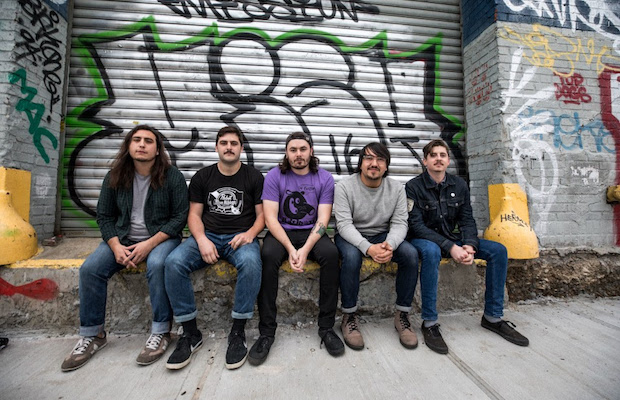 As we recently announced, the band are gearing up to release their sophomore effort and first with new label home Triple Crown Records, Bear Your Mind, on May 26. Lead single “Randy, I Am the Liquor” assured us that Free Throw’s dynamic style and affinity for pop culture would remain intact, but also signaled a shift to more mature, personal, and introspective songwriting. With their newly released second single, “Better Have Burn Heal,” (it wouldn’t be a Free Throw album without a Pokemon reference) the group, and especially frontman Cory Castro, move even further in this direction, tackling the subject of male body image struggle, a topic not often explored in song, with a retro, emo-infused track dropping in visceral, raw honesty.

You can hear Free Throw’s latest single below, pre-order Bear Your Mind, and celebrate the record’s belated release at The End on July 1, along with Homesafe and Heart Attack Man; grab tickets here!