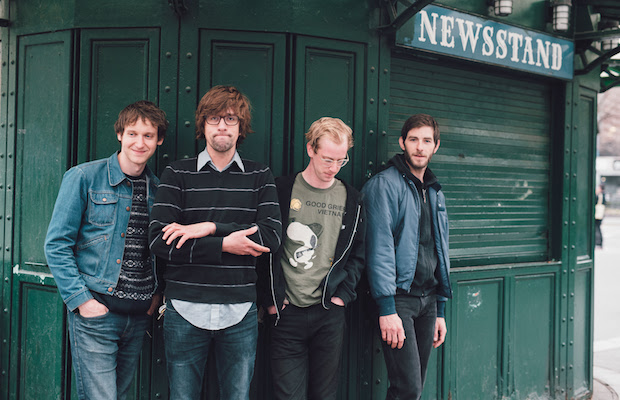 West Virginia’s Rozwell Kid have been a buzzworthy fixture in the underground pop punk, indie, and power pop scene for several years running. Boasting a sound reminiscent of early Weezer, but with a fuzzy, modern, and punk fueled twist, the group’s last full-length, Too Shabby, was one of the most criminally underrated records of 2014, and their 2015 followup EP, Good Graphics, dropped as part of local label Infinity Cat’s cassette series. Now on tastemaking label SideOneDummy, the band are finally prepping to release their highly-anticipated new LP, Precious Art, on June 23.

Channeling their signature nostalgia meets earnest, anxiousness overtop singalong, pop-ready hooks, first single “UHF on DVD” focuses on longing for catharsis in two (oddly specific) things we also love- tacos and “Weird Al” Yankovoic’s cult classic film UHF– with magnificent effect. The prospect of a new Rozwell Kid album alone is enough to get us pumped, but the band have also announced a lengthy tour, bringing them back to Music City to headline after a number of supporting spots in recent years, Aug. 10 at The End. Icing on the cake? Support comes from the one and only Chris Farren, along with Seattle group Great Grandpa.