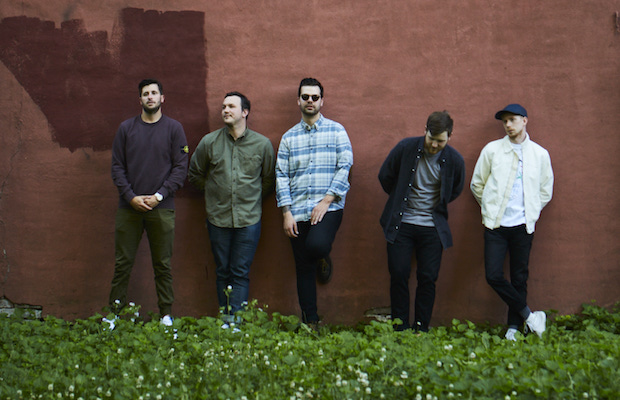 Across 10 years and three fantastic albums, Pennsylvania’s Balance and Composure have become one of the most prominent fixtures in the indie rock scene, channeling early influences of post-hardcore, emo, and punk to inform a more harmonic, artsy, alternative sound. After crafting an unbelievable debut in instant classic Separation and following it up with their commercial breakthrough and near-masterpiece The Things We Think We’re Missing, the band took an even more dynamic and melodic turn with last year’s Light We Made, which further flexes their impressive range and unique artistic sensibilities. A formidable live force honed by years of nonstop touring, B&C return to Nashville tonight, April 28 for their first headlining Nashville show in several years, and largest to date, at Mercy Lounge!

Rounding out the bill, and helping to make this one of our top picks of the weekend, genre-bending California indie rockers From Indian Lakes, whose fourth album, Everything Feels Better Now, arrived last year, are one of our absolute favorite bands around, with their atmospheric, dream, pop-accessible alt rock sound and incredible live presence. And, though a bit of curveball, openers Queen of Jeans sound like a great reason to show up early, channeling a sort of dreamy, retro indie rock sound with lush harmonies and infectious hooks. Tickets are still available, but we’d suggest grabbing them in advance; they might not last.

Balance and Composure, From Indian Lakes, and Queen of Jeans will perform tonight, April 28 at Mercy Lounge. The show is 18+, begins at 8 p.m. (7 p.m. doors), and tickets are available to purchase for $17.