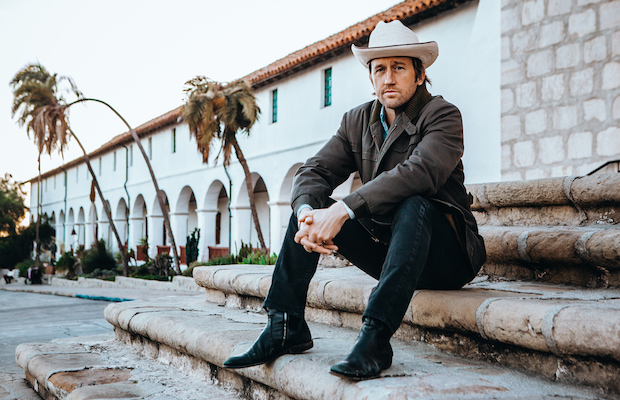 To say Chris Shiflett has had a career most artists would kill for would be an understatement. The California native, who rose to prominence in the ’90s with Bay Area punks No Use for a Name, is, of course, best known for his role as guitarist of the Foo Fighters, a band he’s been a part of since 1999 (though his introduction to frontman Dave Grohl actually spans back much earlier, when Chris’s former punk group Rat Pack opened for Grohl’s pre-Nirvana hardcore band Scream). For the last 20 years, Shiflett has also been a member of famed punk rock cover band/supergroup Me First and the Gimme Gimmes, along with legends like Fat Mike and Spike Slawson, and continued to flex his punk roots with early ’00s underrated side project Jackson United, making him a very busy dude.

Apparently multiple monumental punk bands and being one of the biggest alt rock groups on the planet hasn’t been quite enough to fully scratch Chris’s musical itch, though, as, since 2010, he’s also been crafting country music, first as Chris Shiflett & the Dead Peasants, and, more recently, simply under his own name. Influenced heavily by the classic Bakersfield sound, and informed by his own personal experience growing up in California (rather than a forced attempt at co-opting a southern one), Shiflett’s shift to country feels like a natural evolution in his long-running career, and, though authentically country, definitely isn’t totally devoid of his punk spirit and sensibility. For his latest, West Coast Town, Chris recorded here in Nashville at RCA Studio A, helmed by rising superproducer Dave Cobb, and backed by an impressive crop of local players, who largely captured songs in just a handful of takes for a live effect. Set to drop April 14 through punk label SideOneDummy, West Coast Town promises one of the year’s most pleasant country surprises, and the handful of tracks out so far indicate that it’s more than just a solid side project, but rather could be one of the strongest releases ever from a musician who’s been involved in many, many unforgettable records of the last few decades.

Sure, it’s cool to see Chris in a small room for the Foos cred or his punk pedigree, but we also encourage you to catch Shiflett this Sunday, April 9 at The High Watt based on the merit of his own solo material; you won’t be disappointed. Sweetening the deal, Sam Palladio (of Nashville fame, though his solo material takes a more folk rock bent than his fictional, country, TV counterpart) and versatile multi-instrumentalist and Dwight Yoakam cohort Brian Whelan support, and tickets, still available for now, won’t break the bank.