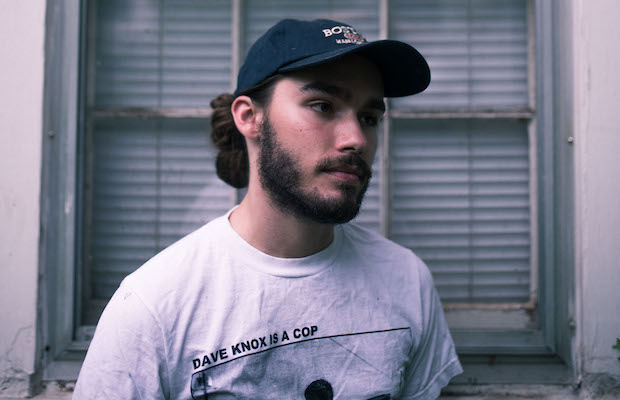 The musical outlet of Murfreesboro based singer-songwriter AJ Gruenewald, Bogues is a project we’ve had our eye on for awhile, and his debut EP, Mulligan, was one of the most criminally-underrated local releases of last year. Along with members of fellow rising local group Pale Lungs, AJ operates house venue Dad’s Garage and DIY show promotion entity Fountainhead Booking, which, if you’ve paid attention to our DIY coverage lately, you’ll recognize for being a staple in hosting all ages shows for exciting local and national punk bands. As an artist, Bogues adopts a similar emo-derived, emotionally resonate, and minimalist style to that of peer and fellow former-Murfreeboro resident Julien Baker, though, as to be expected with any one-person project, manages to capture his own unique voice and deeply personal perspective.

Recently included in a Nashville emo profile in Noisey (which I also penned), Bogues served as support for the first night of Dashboard Confessional’s residency at The Basement East last month, and has been touring intermittently in addition to playing a host of local shows. You can see him live this Saturday, April 1, at house space That 70s House, along with a great lineup of Everyone Leaves, Household, Beer Head, and Waste (details here), and for a cool introduction to Bogues, or a great supplement if you’re already a fan, you should definitely watch his recent live cover of Turnover’s “I Would Hate You If I Could,” shot in Iowa, and released through 36Vultures. An incredible deconstruction of the track, it showcases Bogues’ excellent ability to deal in minimalism while still packing an emotional punch, and also exhibits the clear influence Turnover has had on his style. Check it out below!

White Reaper Premiere "The Stack" Ahead of New LP, May 12 Show at The Basement East