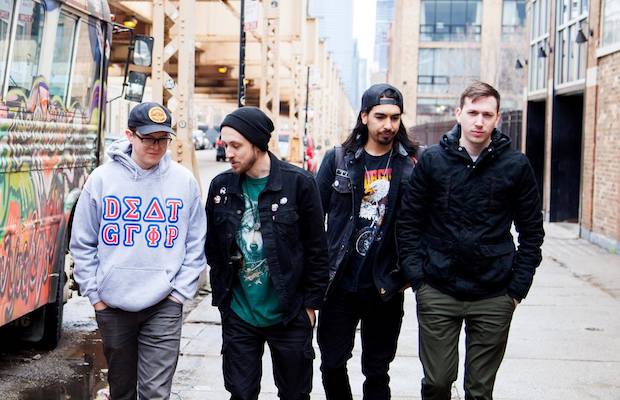 Birthed out of the Atlanta hardcore, punk, and metal scene, eclectic rockers Big Jesus are among a crop of new acts unabashedly drawing influence from ’90s alternative, forgoing their conventionally heavy upbringing to, instead, explore hooks hooks and melody, channeling elements of shoegaze, psychedelic pop, grunge, and more, though not entirely abandoning the sonic palates they were raised on. With last year’s Oneiric, the group crafted what feels like a perfect culmination of the sound they’ve been experimenting with over the past several years, and their live show, which we caught a taste of in person last year in their hometown at Wrecking Ball, is every bit as dynamic, nuanced, and intense. After an unlikely outing supporting famed pop punk group Good Charlotte last fall, Big Jesus return tonight, March 31, to headline more appropriately intimate space The End, and tickets are still available!

What makes this show even more of a top pick this weekend is the addition of local openers Low Mass and Overwatcher. Low Mass, who we’ve raved about in the past, have just one song out, but they’re already  primed to become an important fixture in the local punk scene, channeling a melodic and intense post-hardcore and indie sound, not dissimilar from late-career Brand New. Similarly, Overwatcher balance raw, ambient post-rock with intense bouts of post-hardcore and screamo, making both acts different from, but definitely complimentary to, the evening’s headliner. Don’t miss this show!