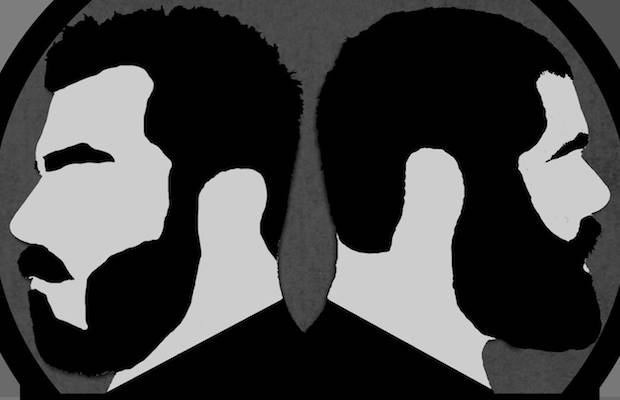 Out for their second joint solo tour, after a successful run two years ago, Thrice’s Dustin Kensrue and Manchester Orchestra’s Andy Hull, two beloved frontmen from very different, but equally fantastic punk and indie groups, are back on the road for a short run, which brings them to Nashville tonight, March 23 for a performance at Mercy Lounge, with support from Gobotron, the solo project of Manchester Orchestra’s Robert McDowell.

Best known for fronting seminal California post-hardcore outfit Thrice, who, over their two decade run, have become an unstoppable force in the punk world, Kensrue has had a more formal solo career thus far than Hull, having released five LPs, and ramping up on solo touring the few years his main project recently took a hiatus. His latest, last year’s Thoughts That Float on a Different Blood, is an excellent collection of cover songs, and his live show often tends to incorporate some covers, the occasional Thrice cut, and plenty of his indie rock leaning solo output.

A prolific and busy talent, Andy not only helms Manchester, but also co-fronts Bad Books with Kevin Devine, and operates another solo project under the moniker Right Away, Great Captain!, among other endeavors (like scoring last year’s indie film Swiss Army Man). All of his work stays in the indie, proggy, alternative with a dash of folk realm of Manchester, and with his distinct voice and poignant lyrical style, Hull is incredibly distinctive; expect his live show to include a mix of tunes from every outlet. Similarly, Manchester guitarist Robert McDowell, who scored Swiss Army Man along with Hull, doesn’t stray too far from MO with his solo project Gobotron, albeit with a poppier bent, and has been crafting solo tunes for nearly a decade, his most recent release, Transform, out last year.

Both Manchester Orchestra and Thrice have packed Cannery Ballroom, a room double the size, in recent years, so a chance to see them stripped down and solo in a more intimate space is sure to be a treat for any fan. Tickets are still available right here!

Dustin Kensrue, Andy Hull, and Gobotron will perform tonight, March 23 at Mercy Lounge. The show is 18+, begins at 8 p.m. (doors at 7 p.m.), and tickets are available to purchase for $24.