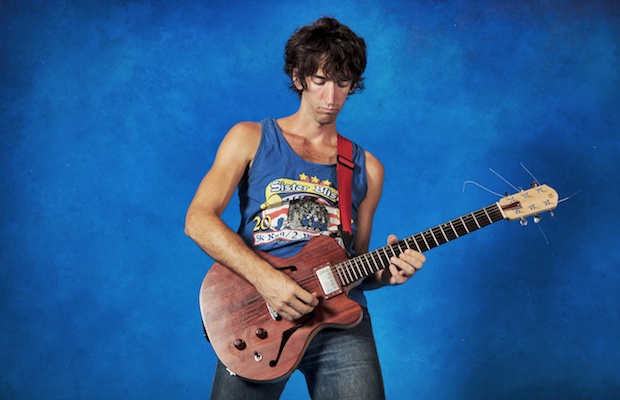 In some of the site’s earliest days, we covered New Jersey’s Delicate Steve, then a mysterious and talented rock and roll newcomer, as he played to ever-increasing local crowds and rising buzz three years in a row. It’s been about four years since Steve last played Music City, however, and just as long since his last LP. Thankfully, we’re thrilled that not only is the project back with a highly-anticipated new album, This Is Steve, but are also set to make their Nashville return tonight, March 13 at The High Watt, along with locals Microwave Mountain. Tickets are available right here, and if you missed out on Delicate Steve when he first popped, you should really get to know him this time around. Read on for more about the lineup below!

Delicate Steve and Microwave Mountain will perform tonight, March 13 at The High Watt. The show is 18+, begins at 8 p.m. (doors at 7 p.m.), and tickets are available to purchase for $12.